As is the case with the restaurant of the same name, the Wilhelmina Tower can be found on the Vaalserberg near the place where the Netherlands, Belgium and Germany meet. The tower is, of old, the highest point of the Netherlands. The existing tower, however, was up for replacement. The new Wilhelmina Tower was completed in June 2011. This modern tower is 35 metres high and was designed in harmony with the restaurant. RuimteMakers Architectengroep opted for a natural stone lift core surrounded by wooden stairs that lead to the panorama platform.

From the platform and via a steel stairway you can access the glass skywalk from which the visitor can look down through the glass. The railing is made of glass as well. The first section of the floor consists of a grid, of which the meshes become bigger as the end is near. A fully transparent glass floor plate marks the end of the skywalk.

The observation tower was designed by Ruimtemakers Architectengroep in Maastricht. The building was officially opened on 7 October 2011. 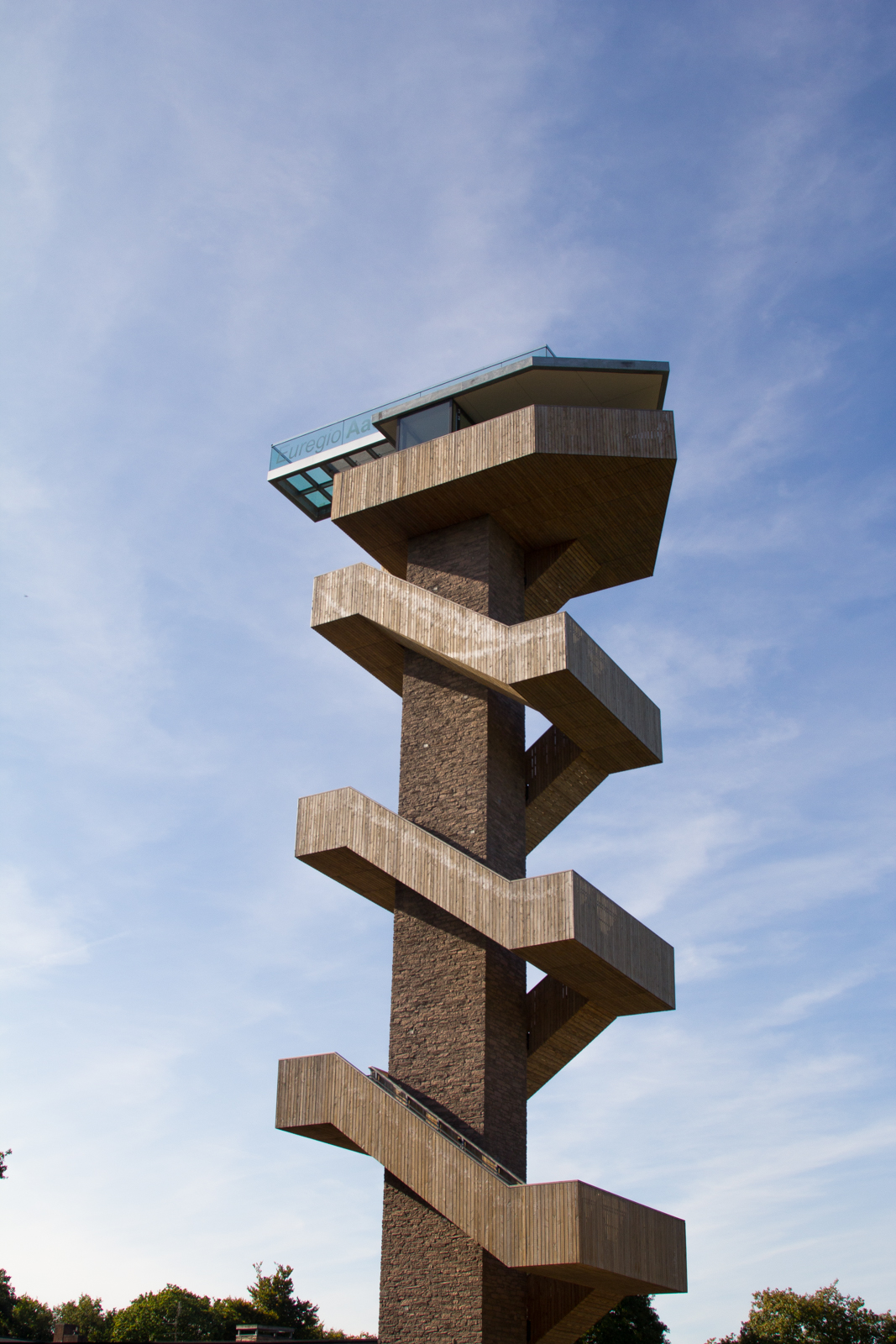 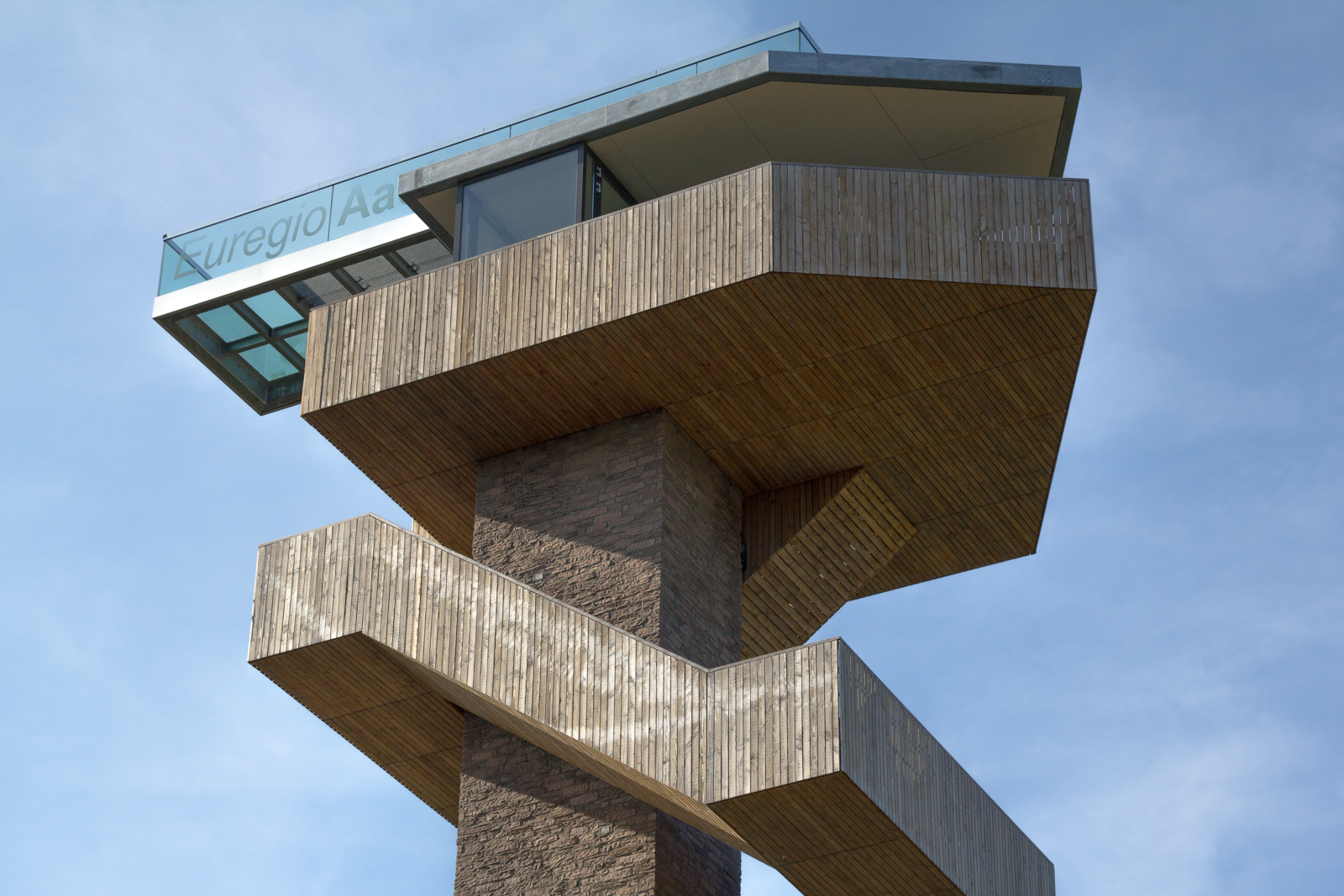 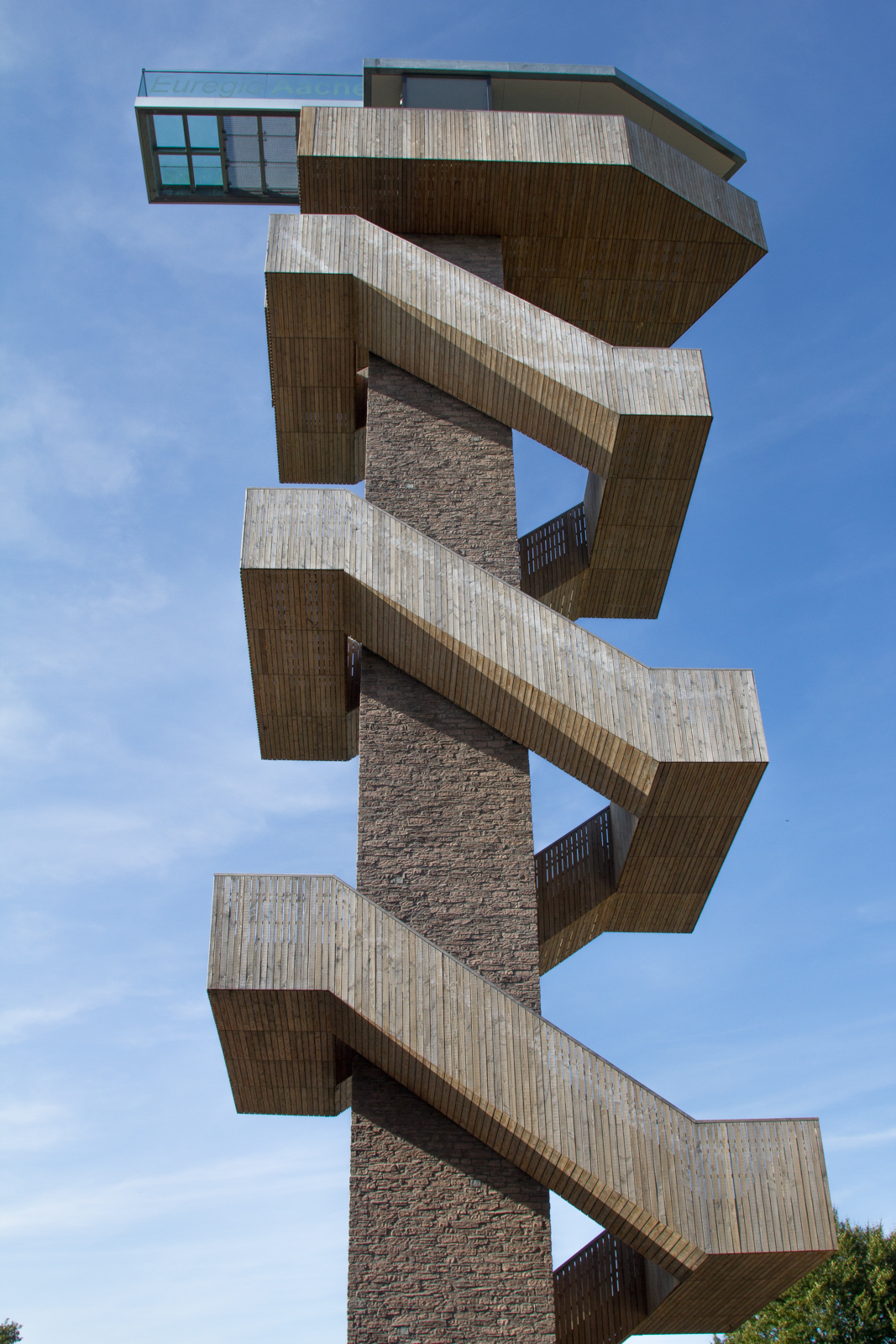 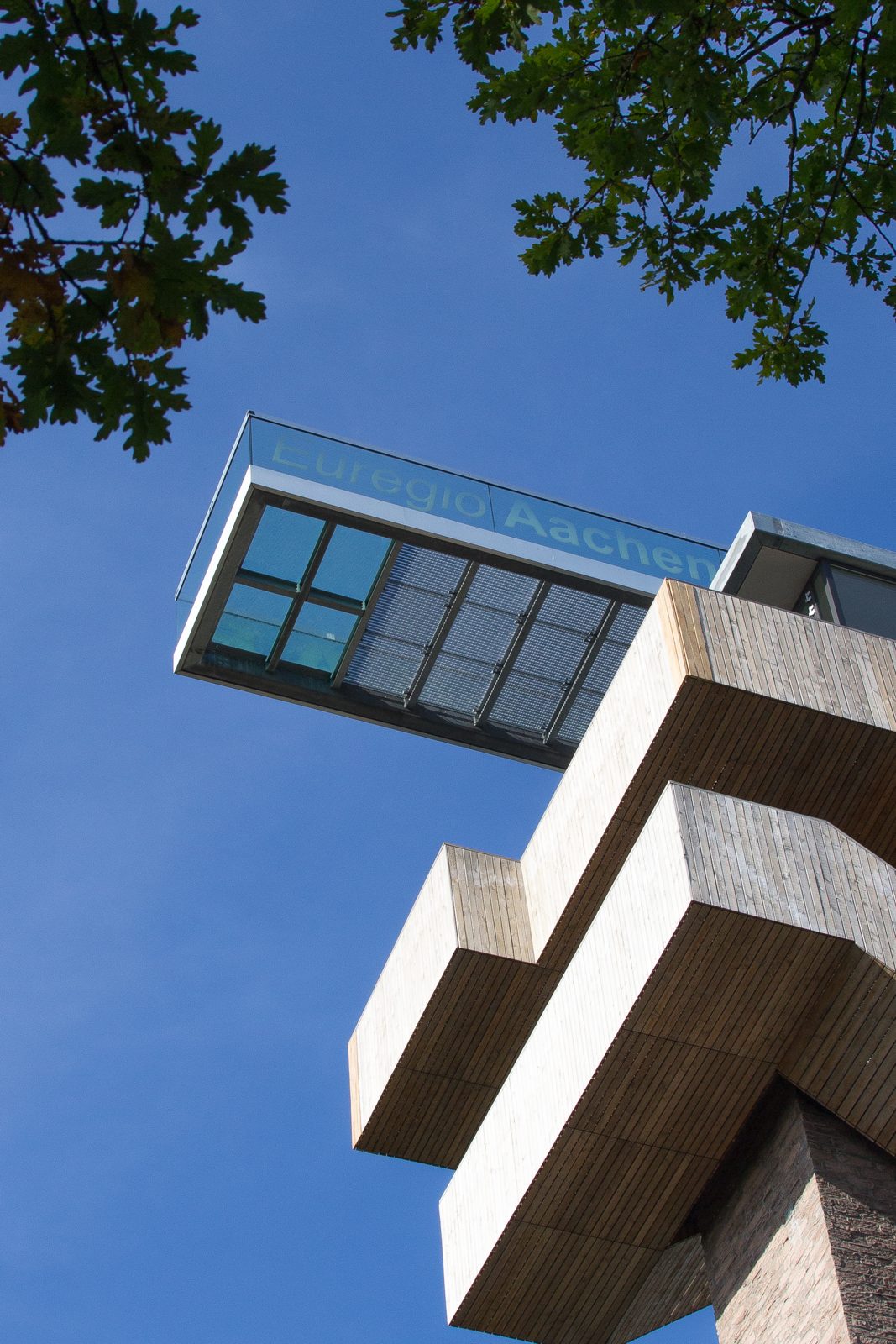 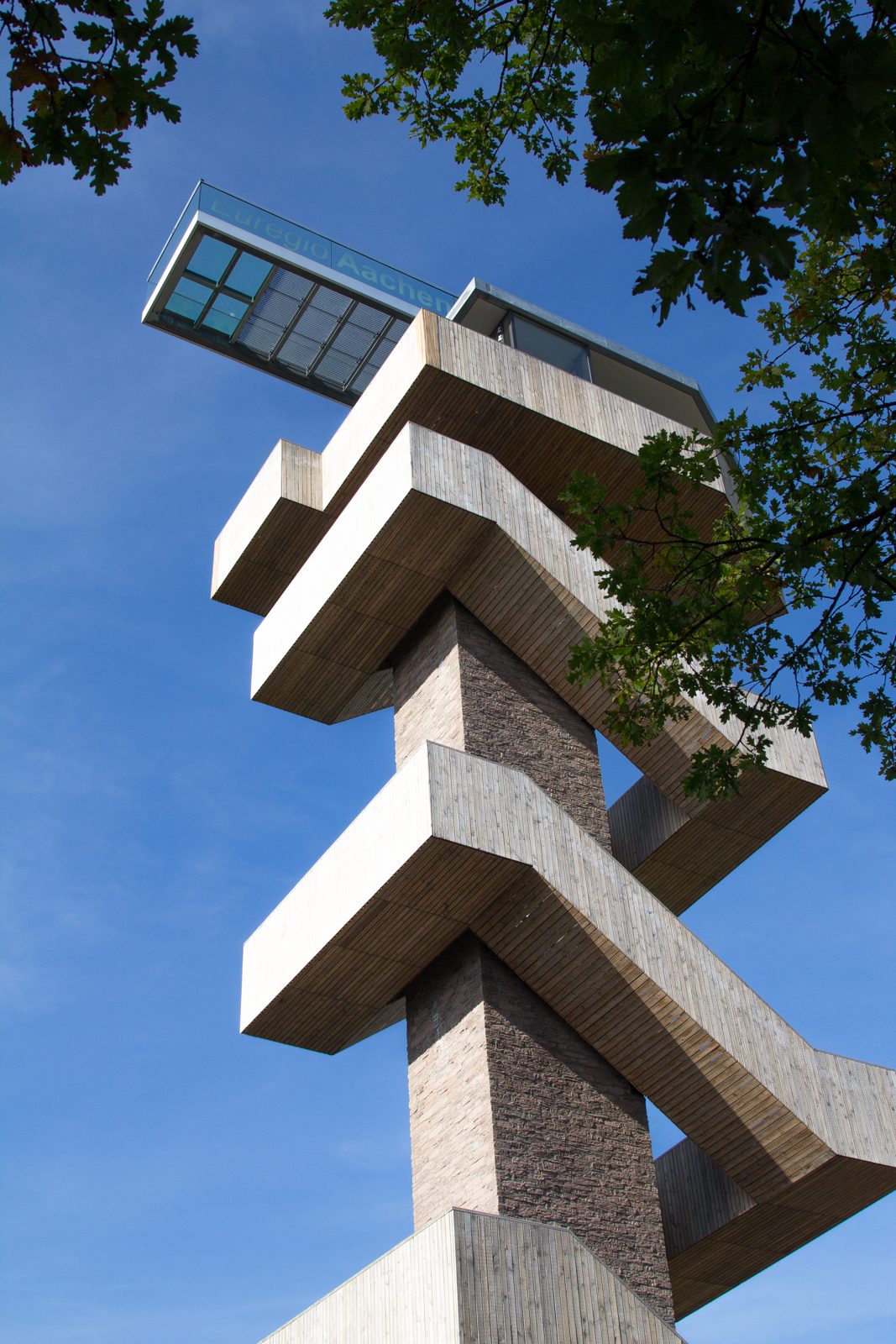 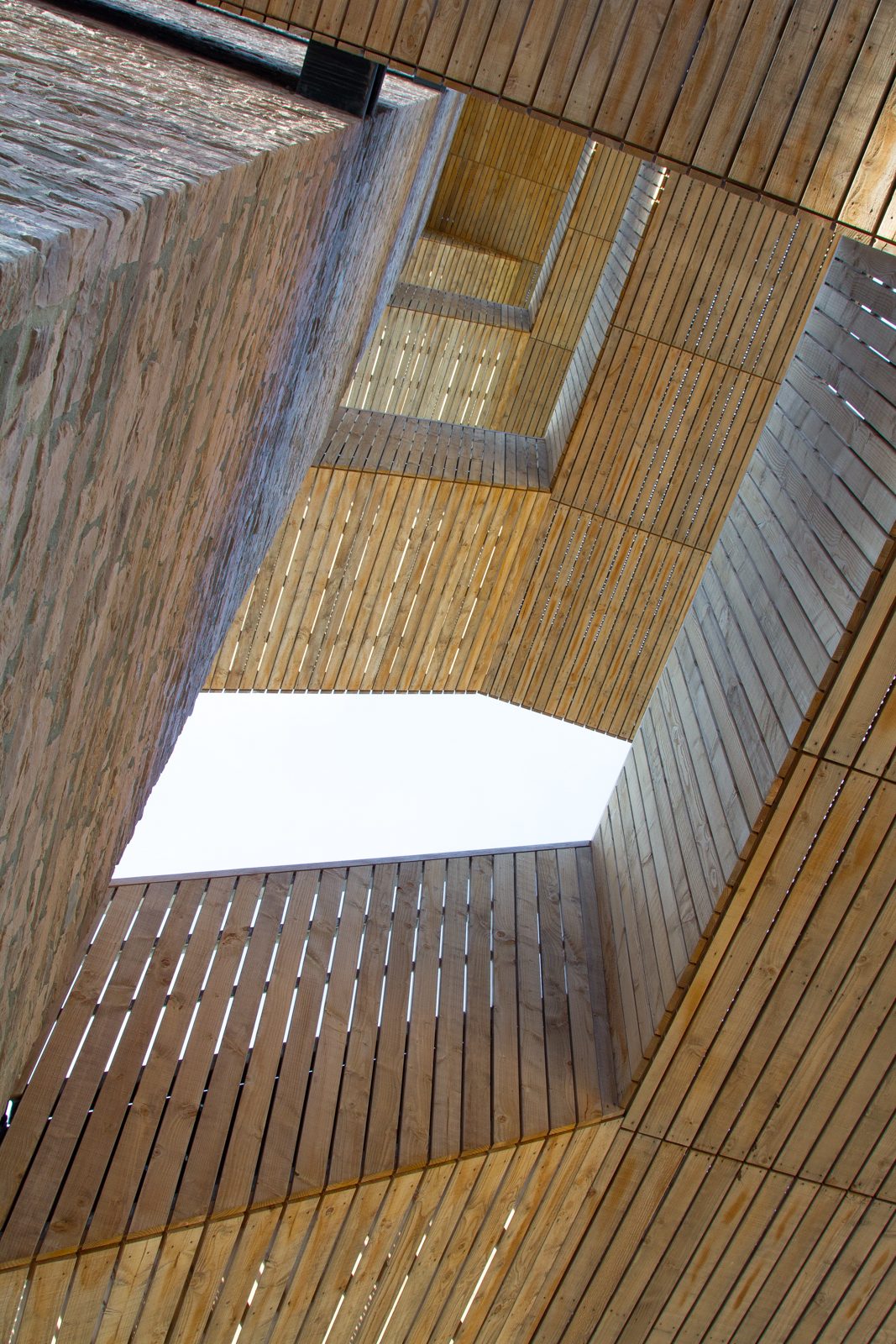