In addition to a hotel and office district, Station Sloterdijk is also becoming a residential district. The new Wasa Student Village was completed in November 2017. Spread over 7 buildings, the student village offers space for 358 students. Architect agency Studio Selva came up with the idea of placing temporary residences at Sloterdijk. In close collaboration with the Wasa Student Villa enterprise and Nezzt (of De Meeuw), the architect agency opted for a village-like setup with the student housing at a rather awkward place, according to Studio Selva. A modular construction based on prefabricated accommodation units distinguishes the project from others. The units can be easily dismantled and assembled elsewhere once the Municipality of Amsterdam is ready for a permanent development at Sloterdijk.

Due to the limited size of the apartments, extra attention was paid to the public area around the buildings by adding terraces. Through the application of three different motifs in the wooden facade paneling, the designers ensured a certain degree of variation, which only enhances the village impression. 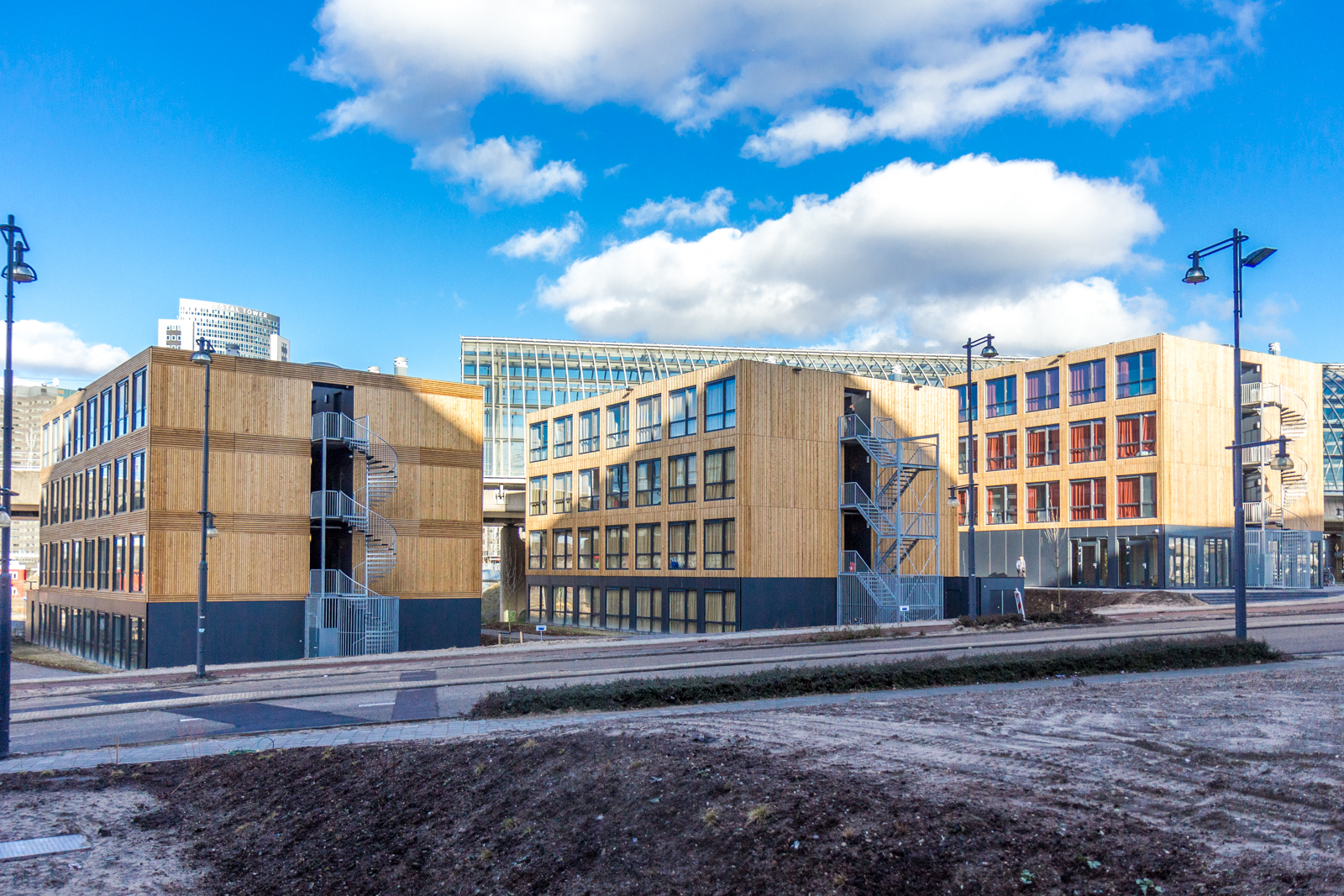 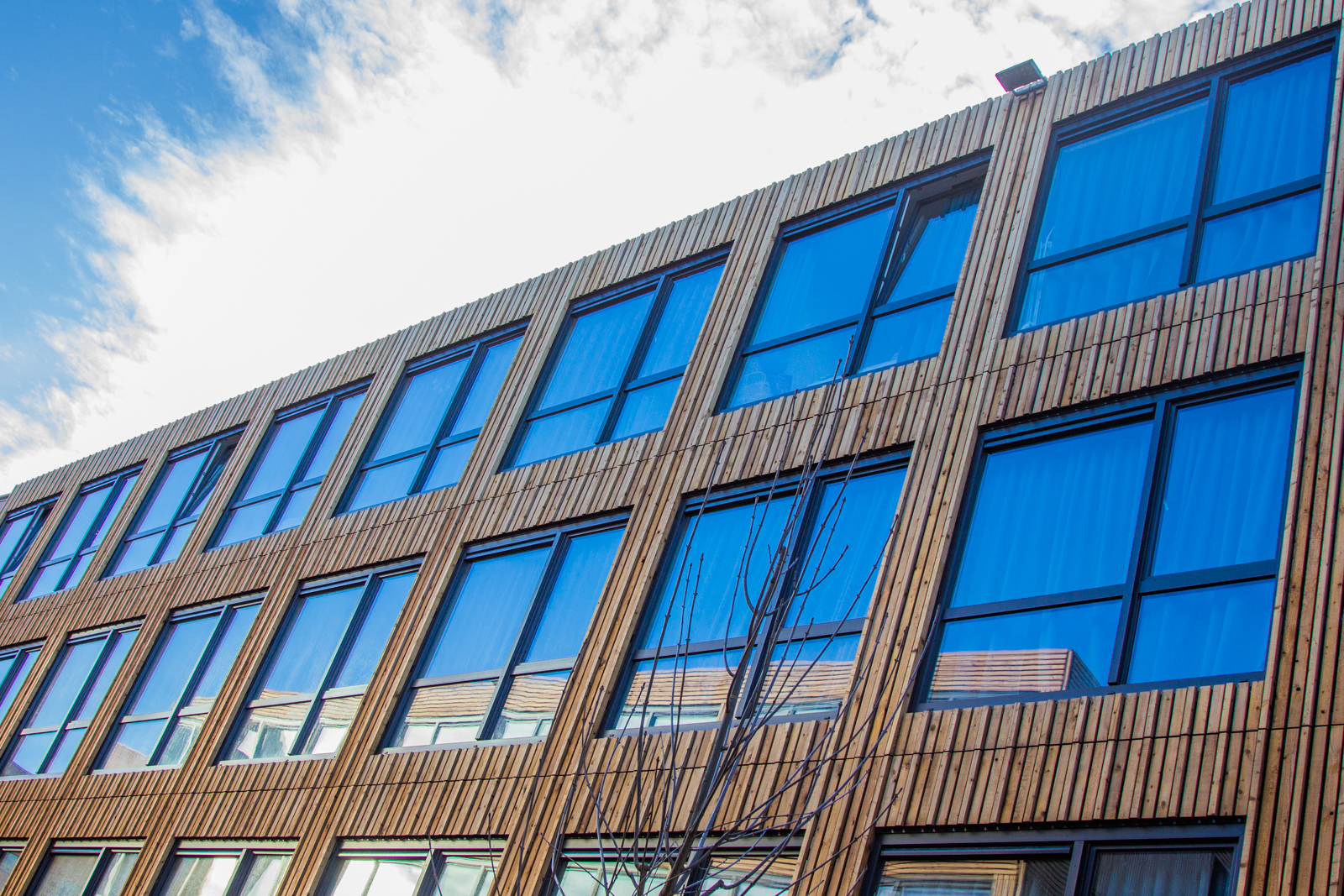 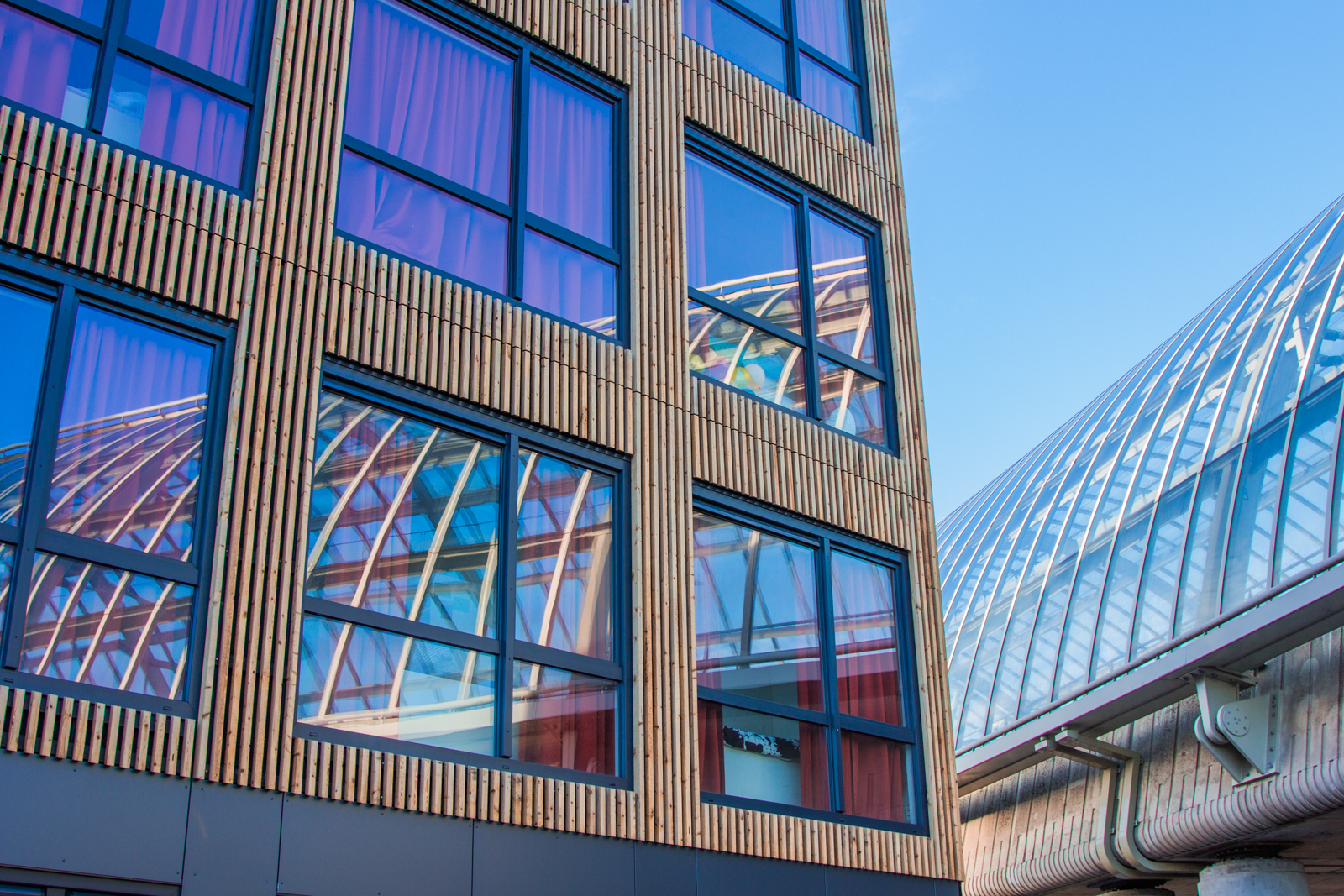 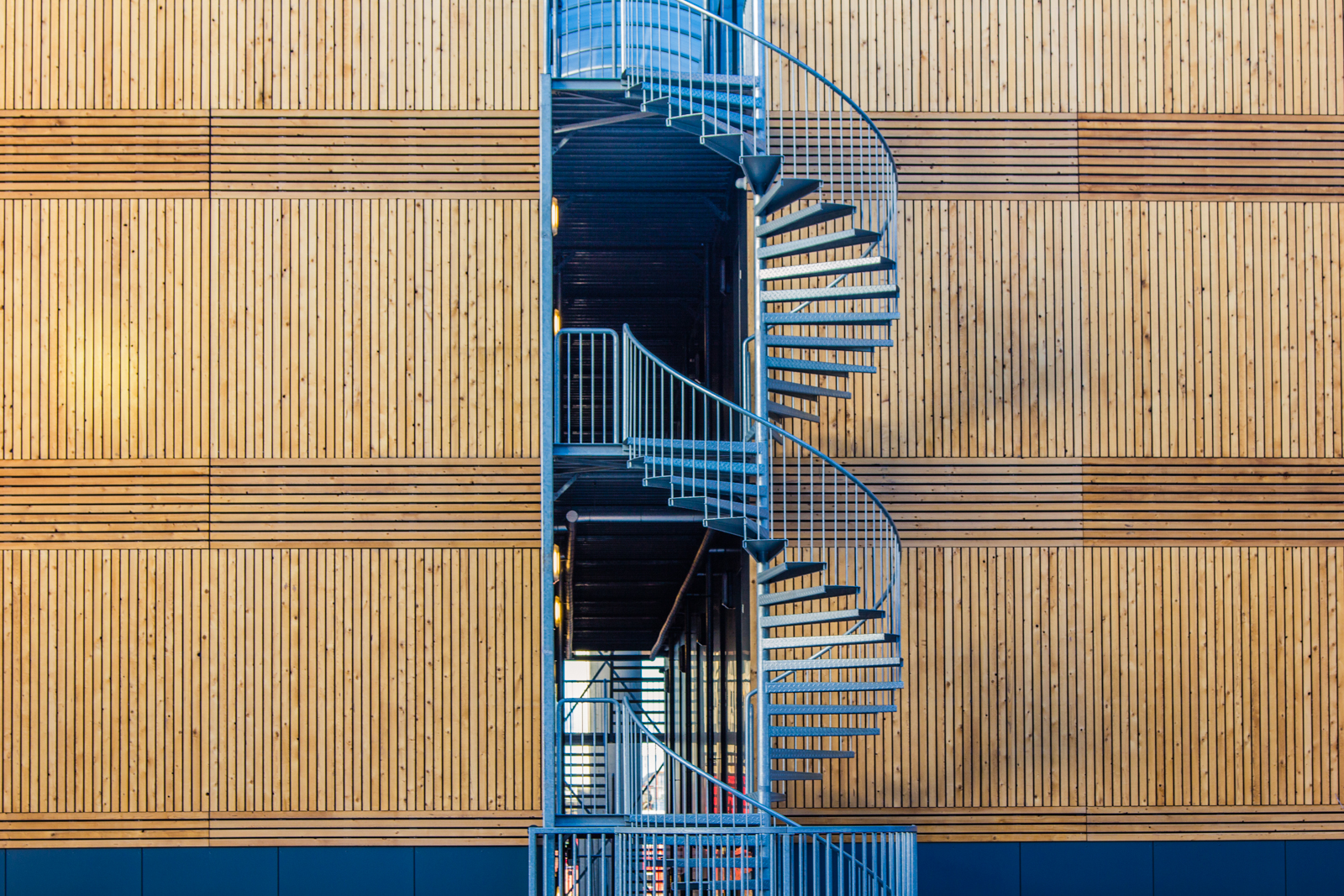 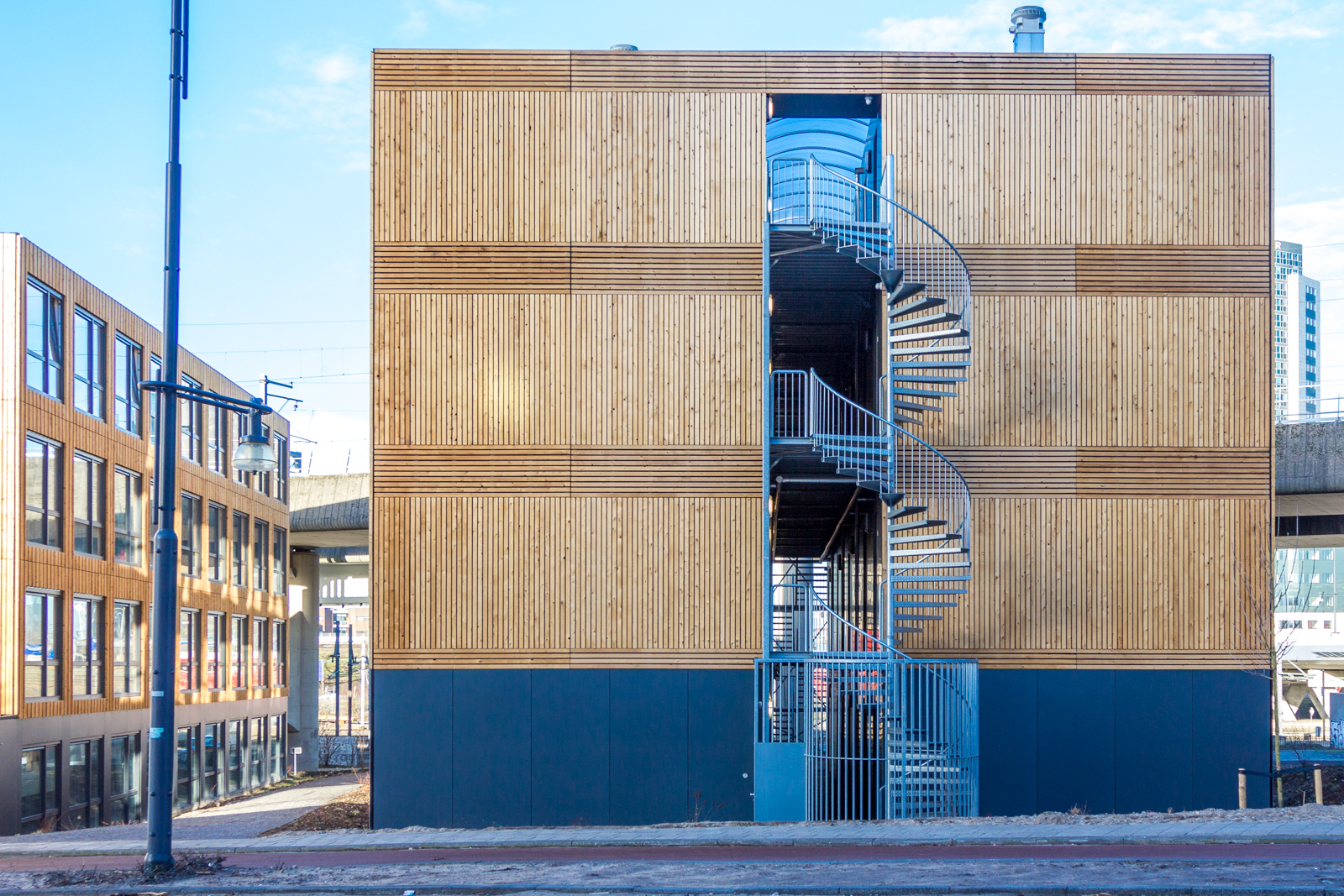 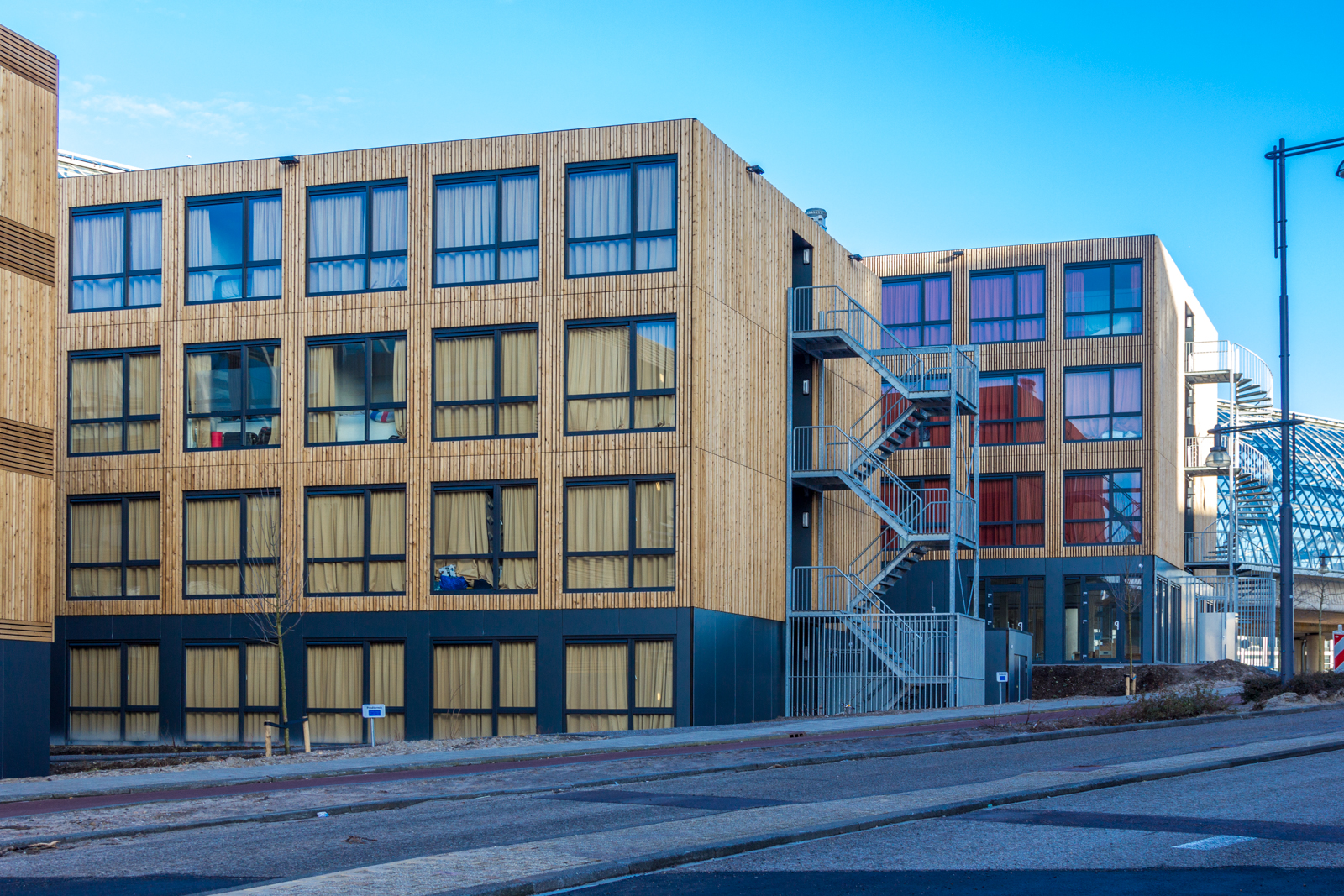 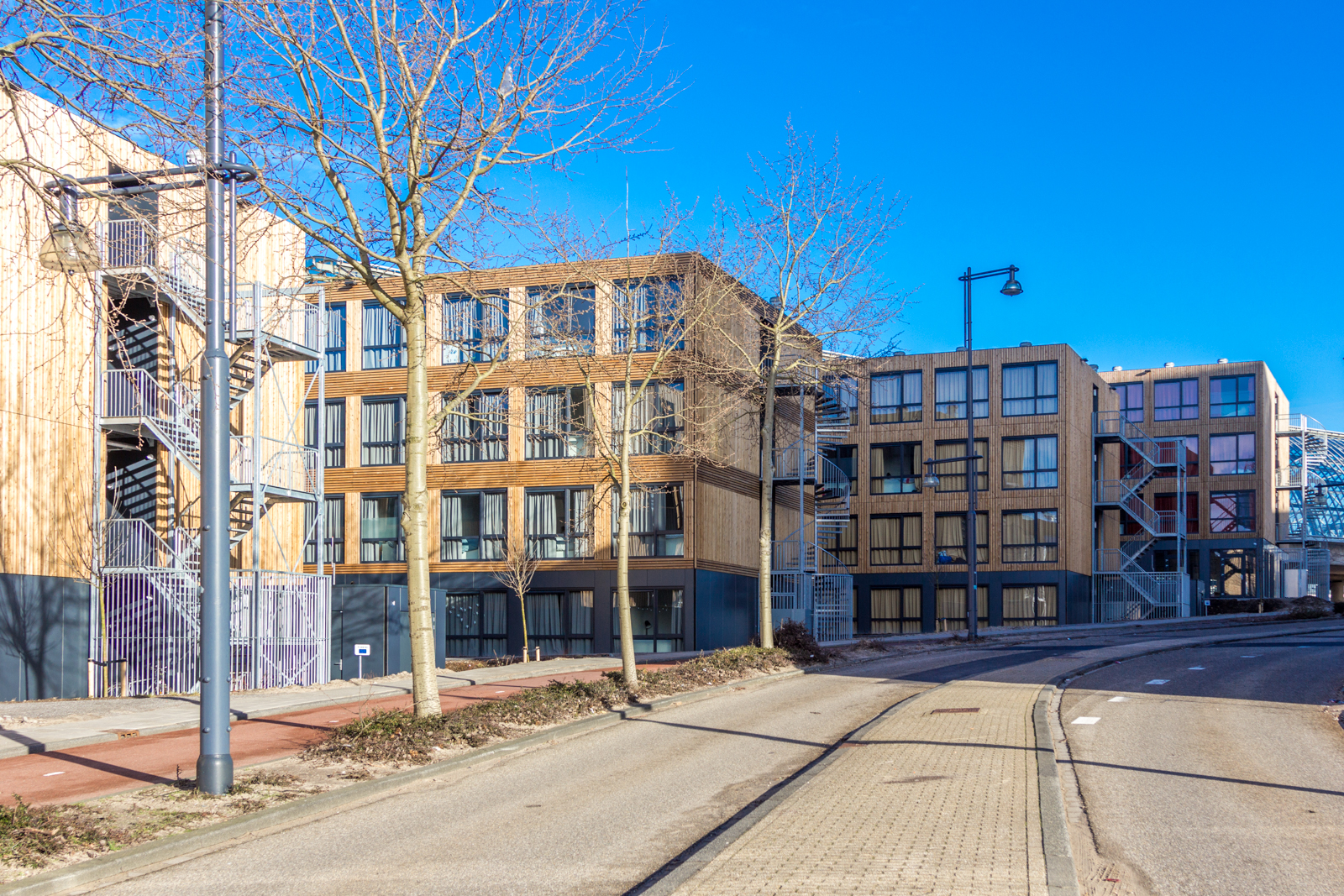 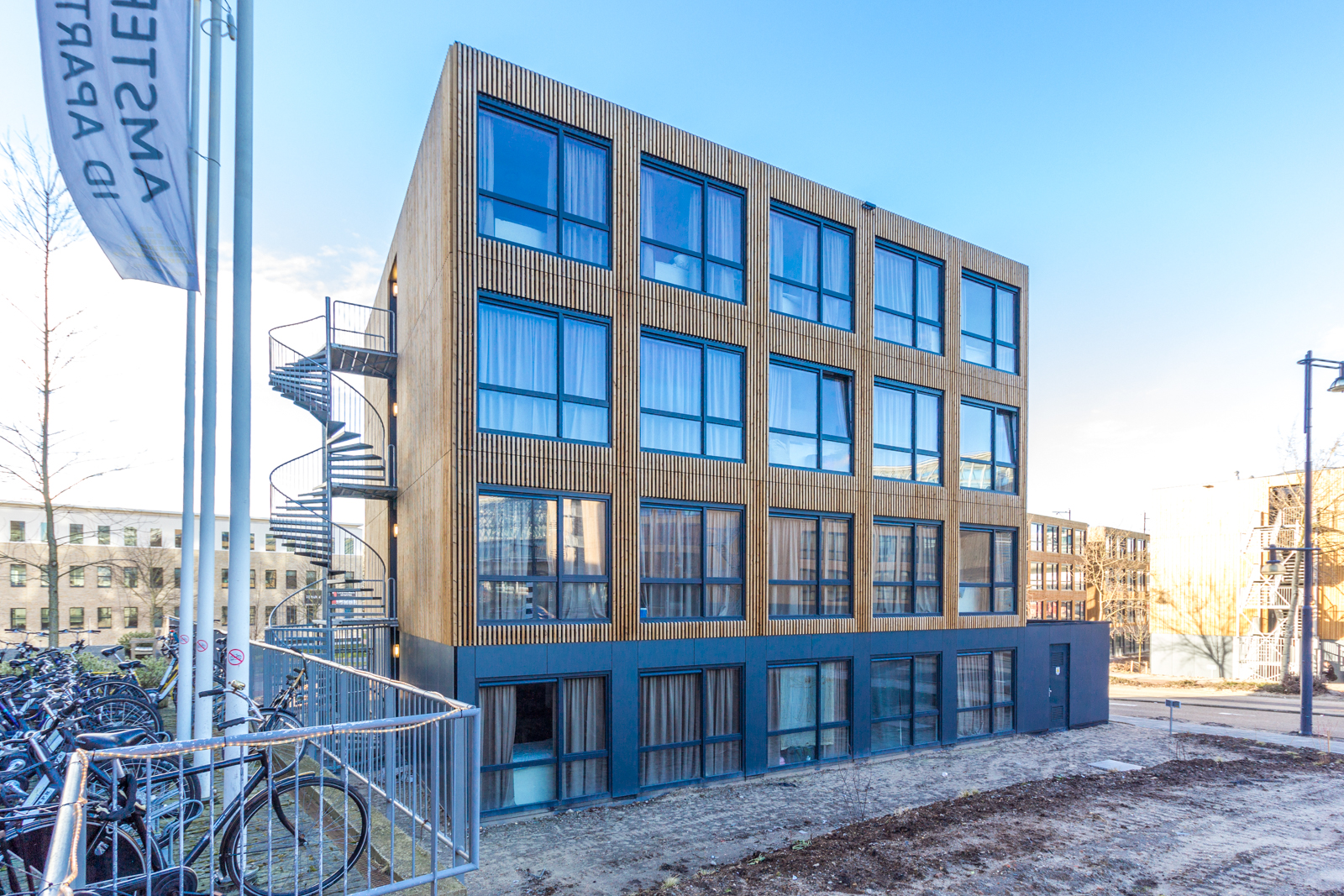 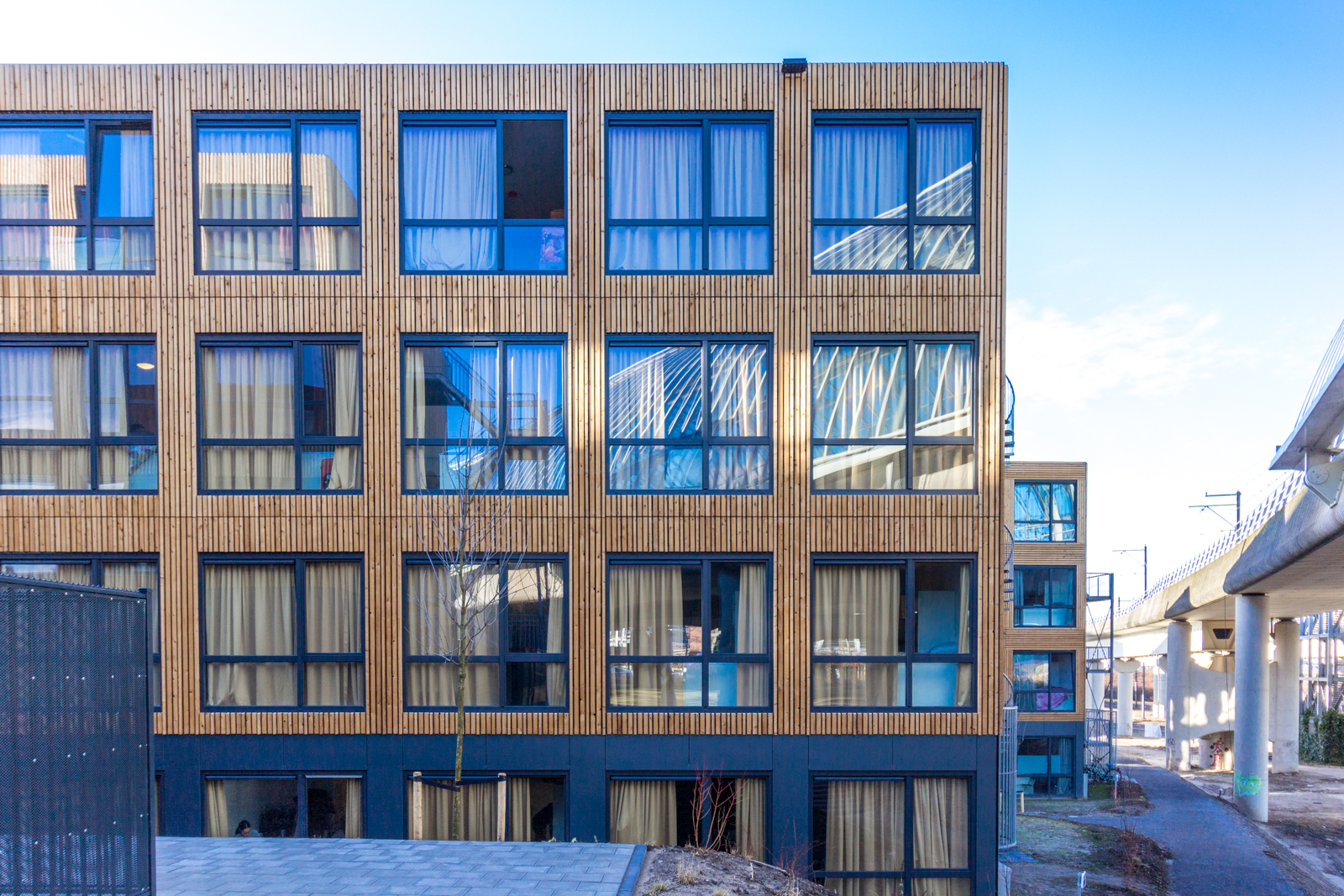 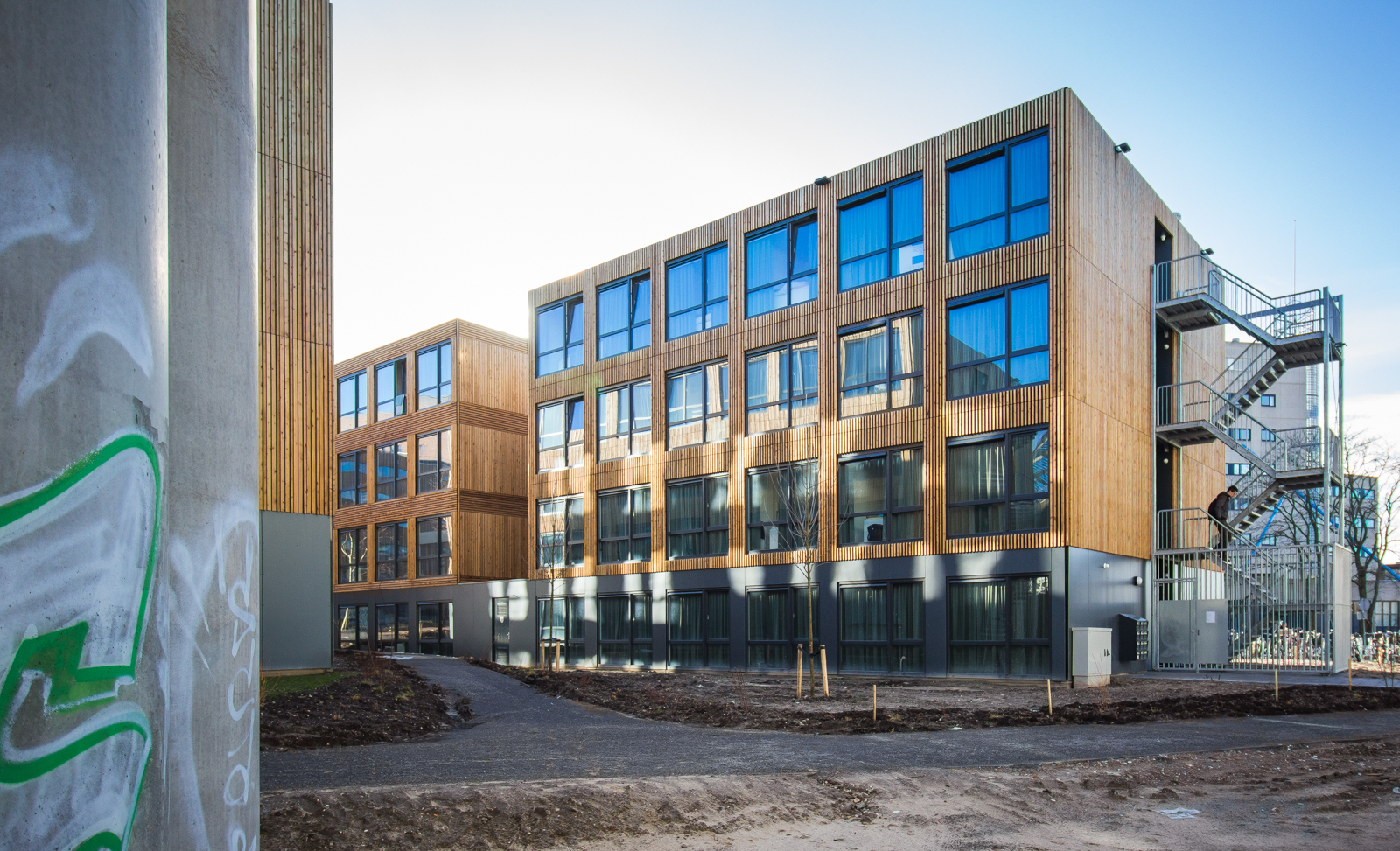 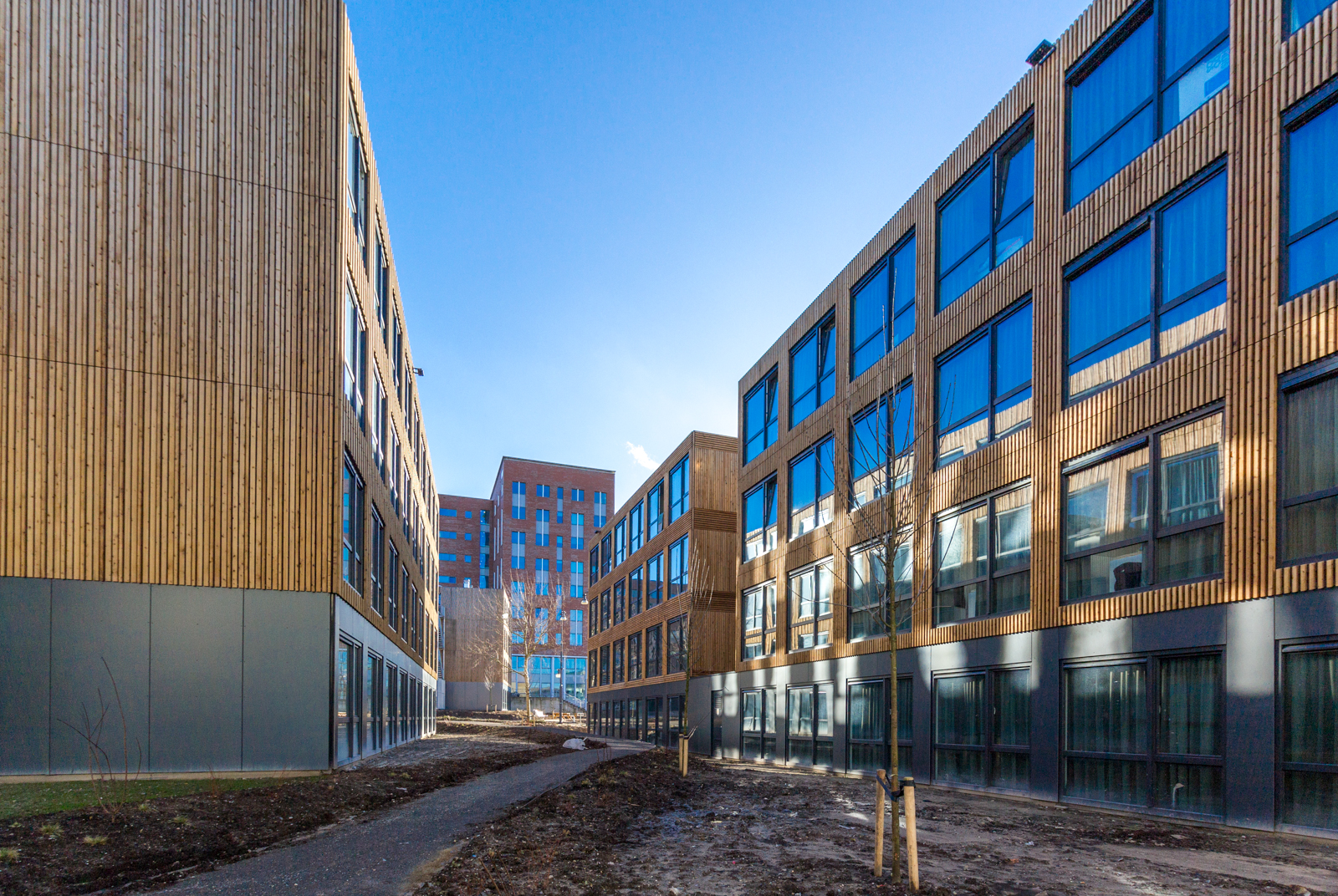 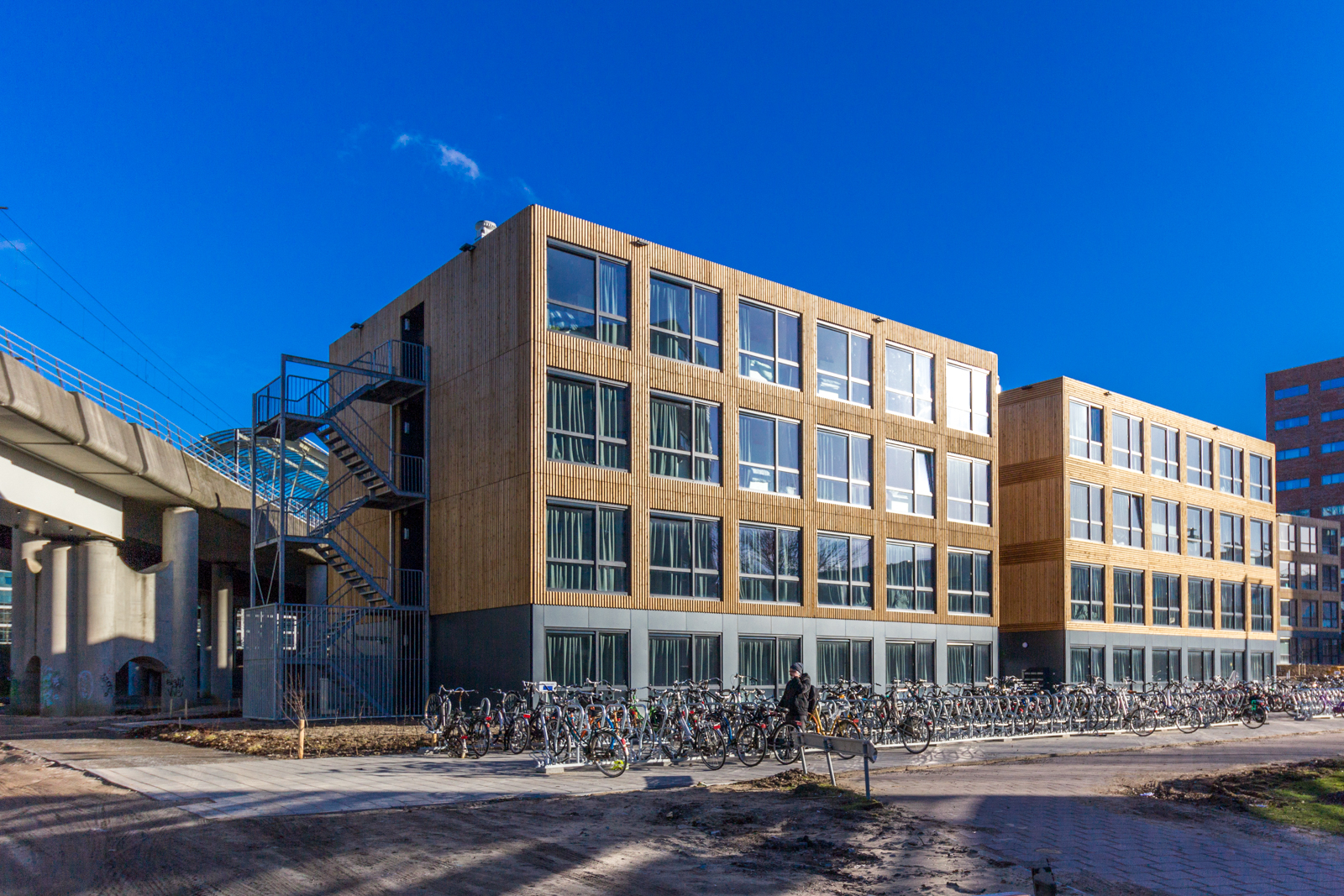 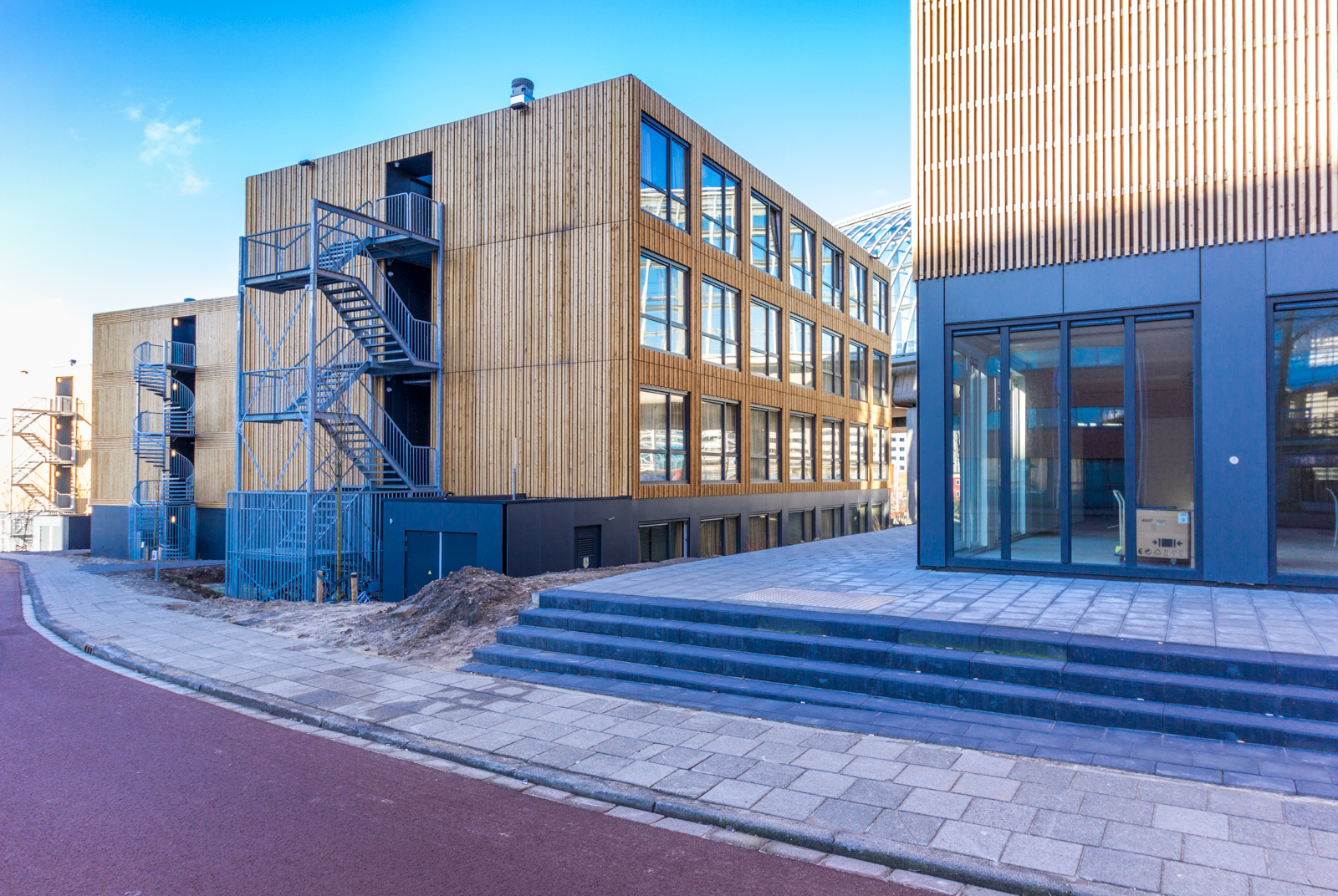 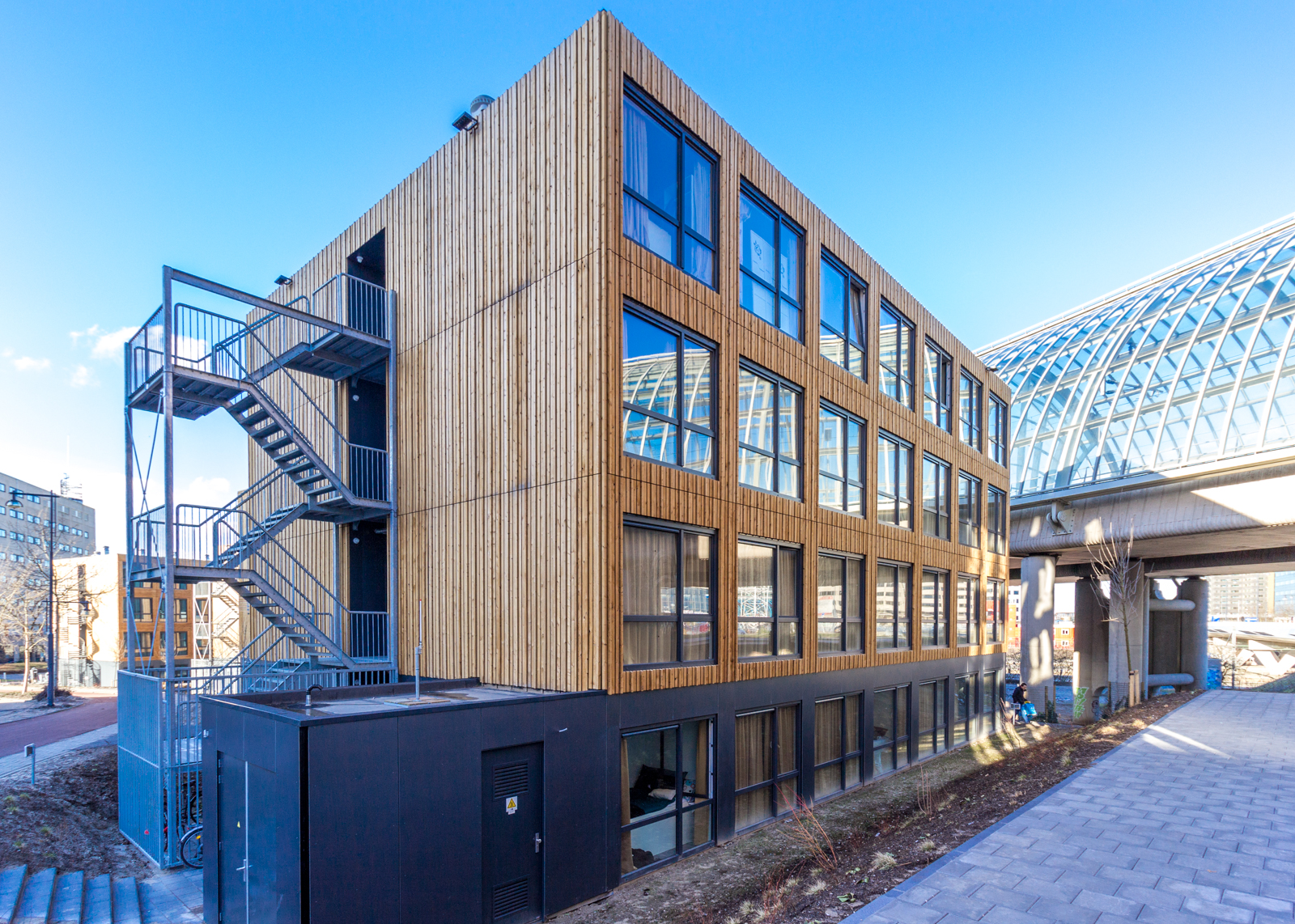 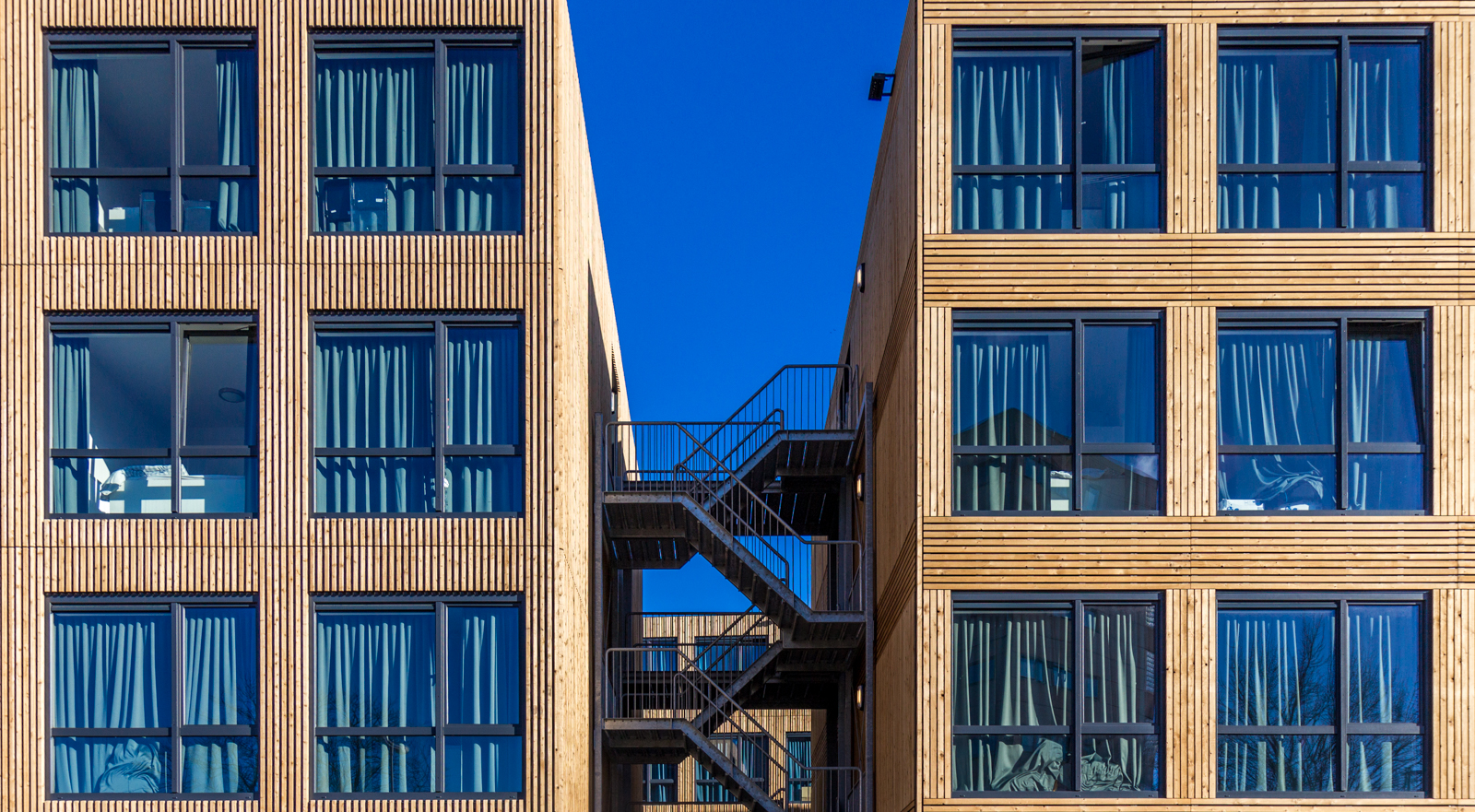 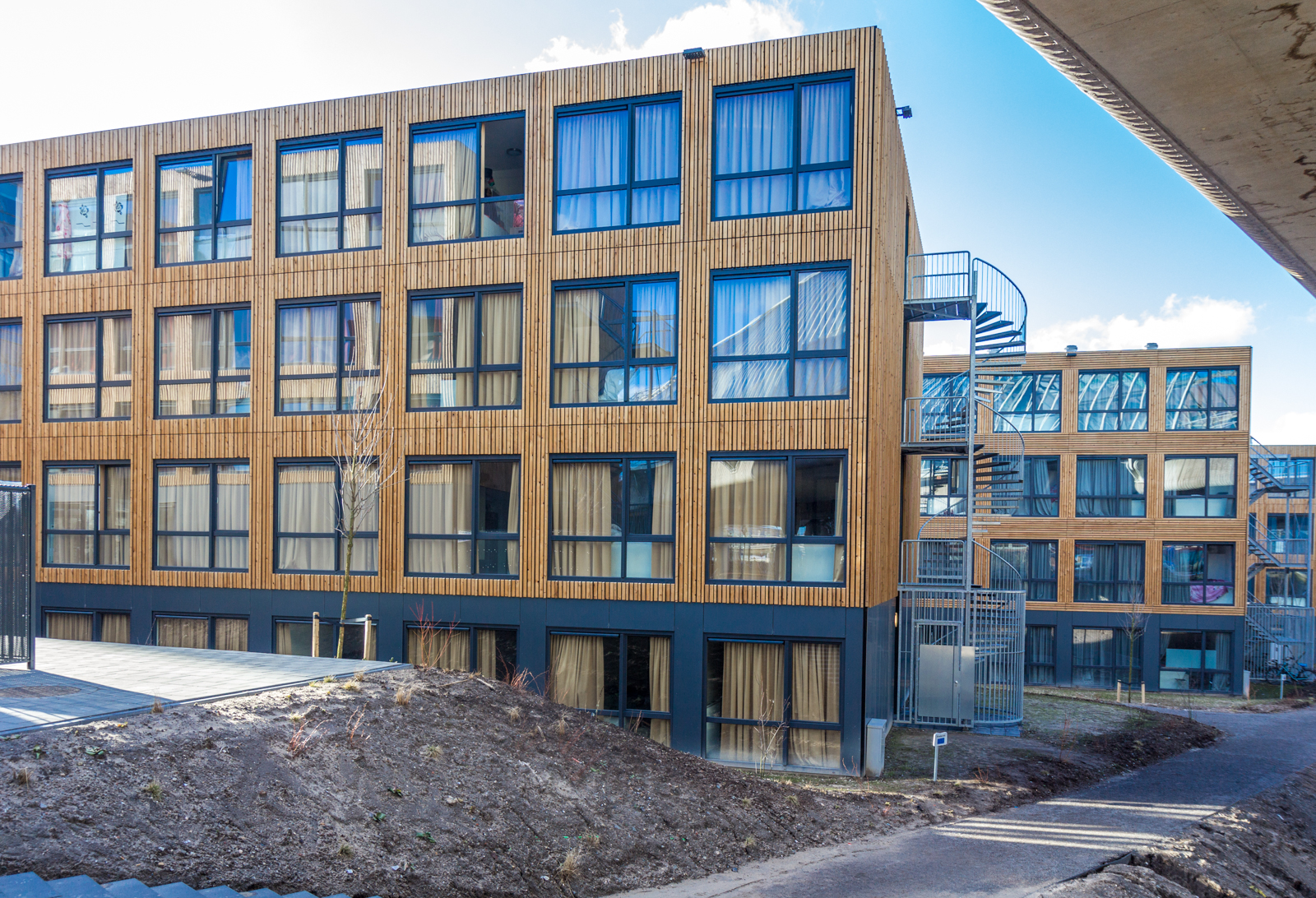 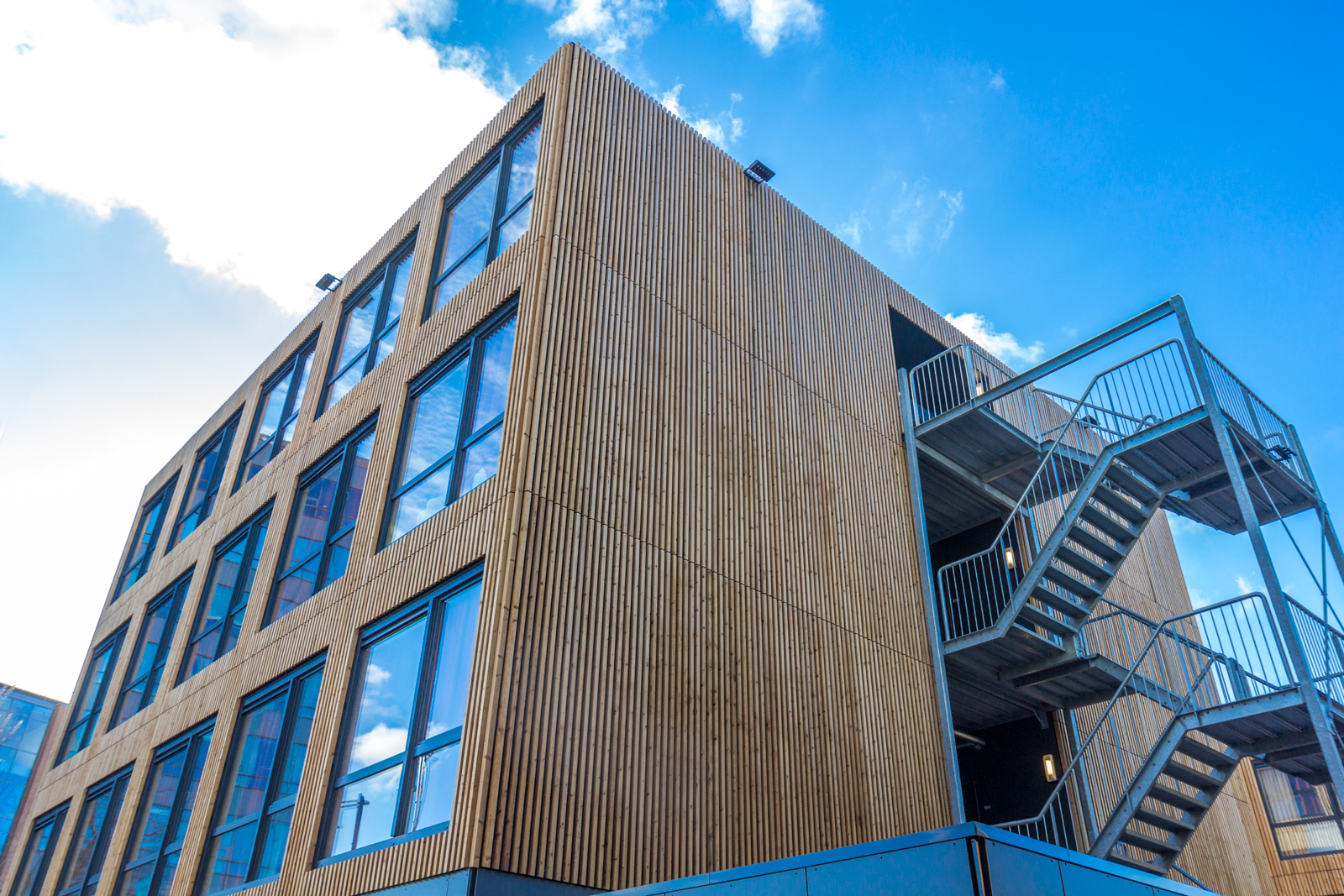 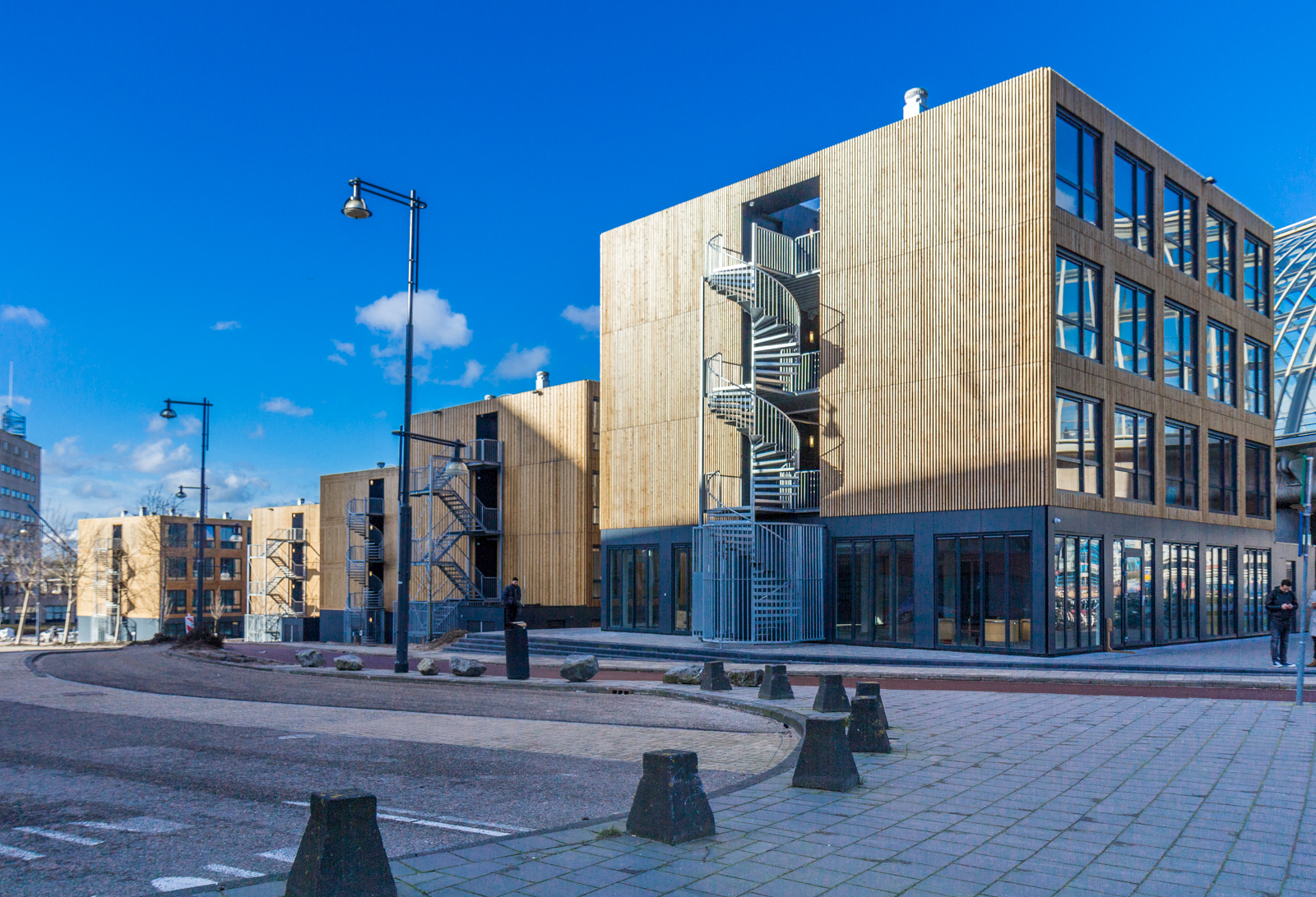