M3 Architecten designed the new Irdeto head office in Hoofddorp, which measures 10,000 m2. The office building has three wings of six floors each, a centrally located atrium and two underground parking decks. The building also has many open spaces. In all stages and facets of building this head office, environmental considerations have played a determining role. The appearance of the premises is dominated mainly by a wooden curtain wall. A large part of the outside facade is made of timber, too. A section of the wooden facade continues into the interior. What really catches one’s eye is the atrium. The sloping walls are rather unusual, too. Architect Steijger had a particular movement effect in mind, which is why he decided to position half of the wooden facades six degrees off plumb. 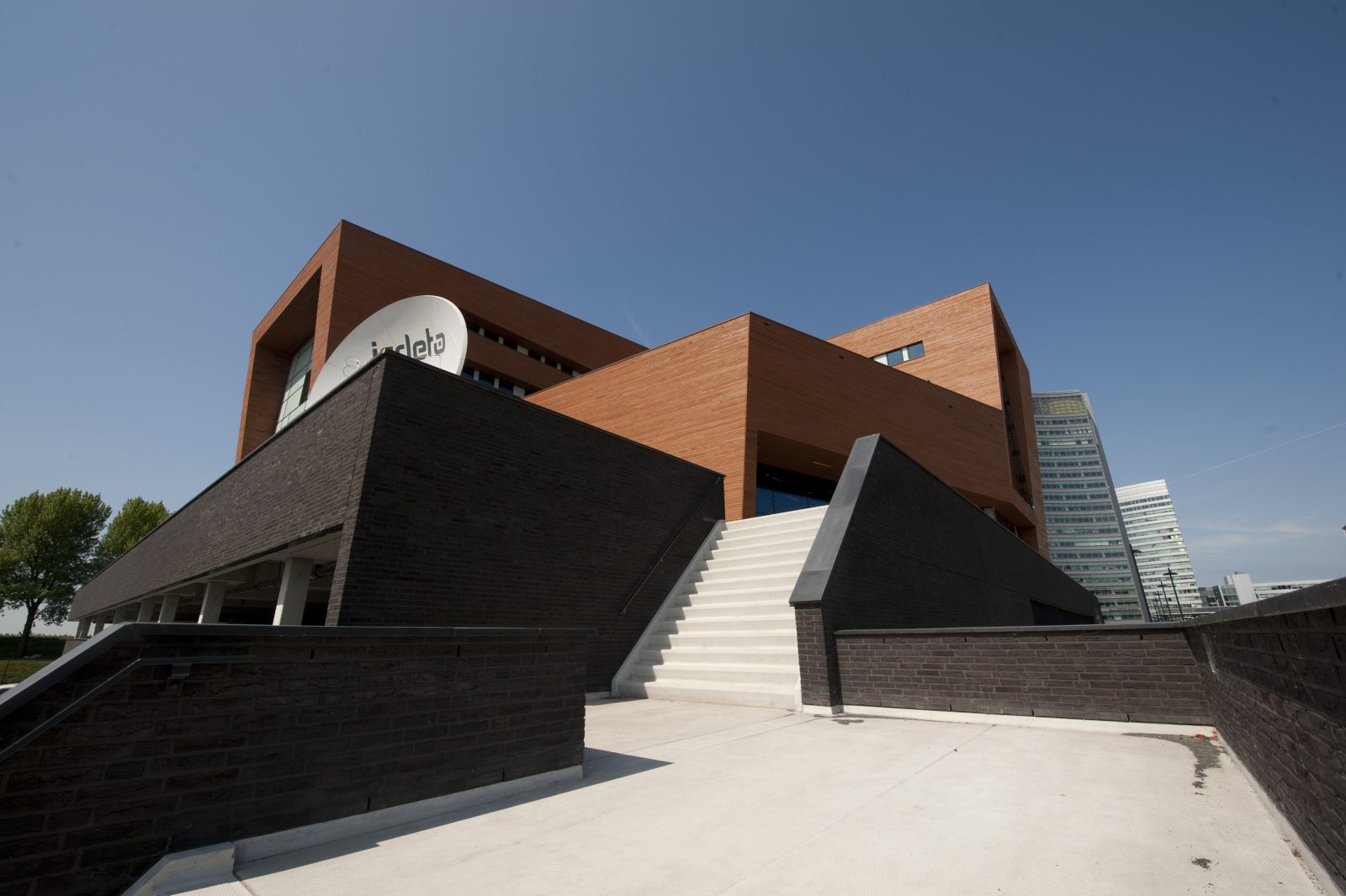 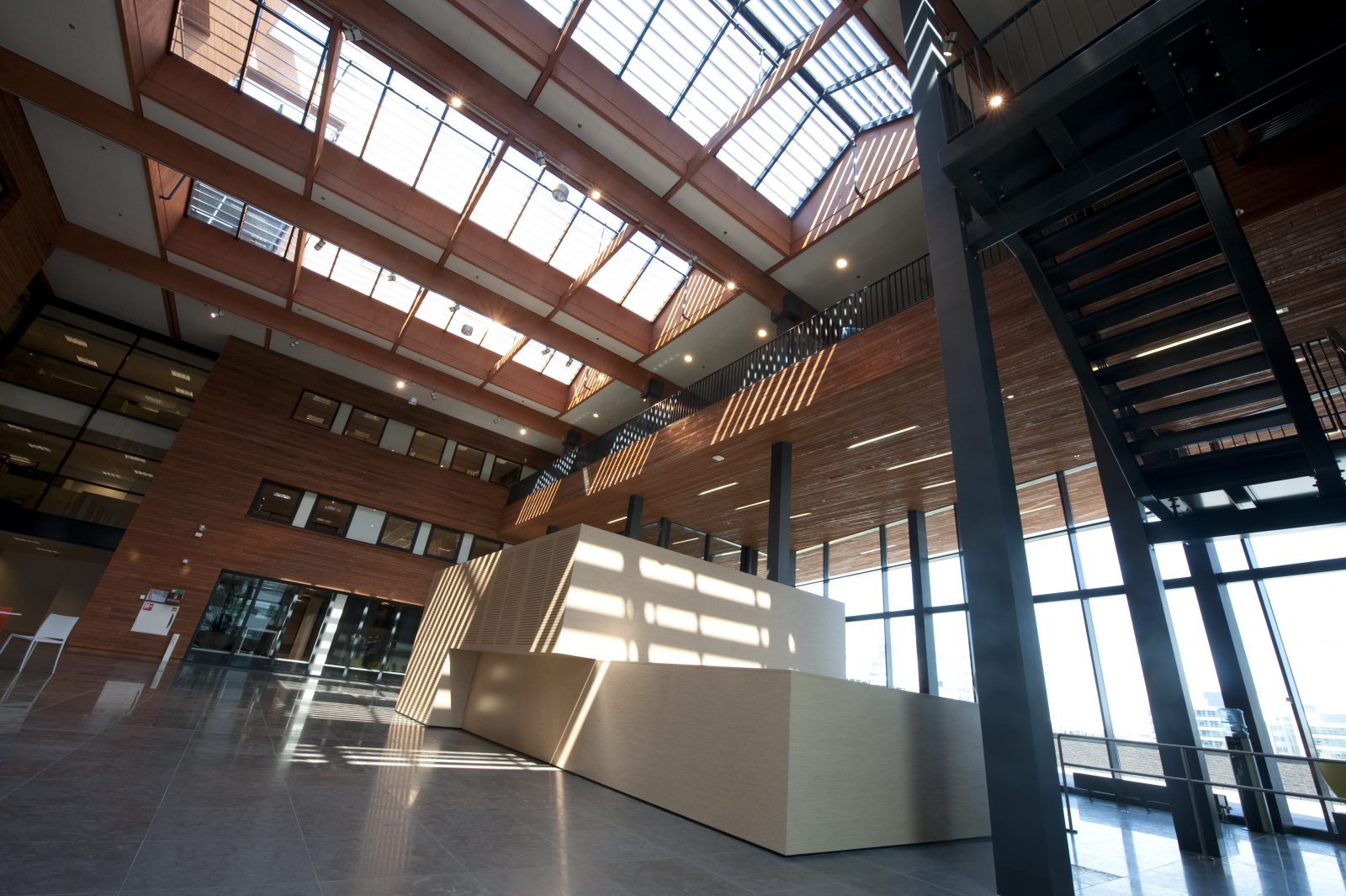 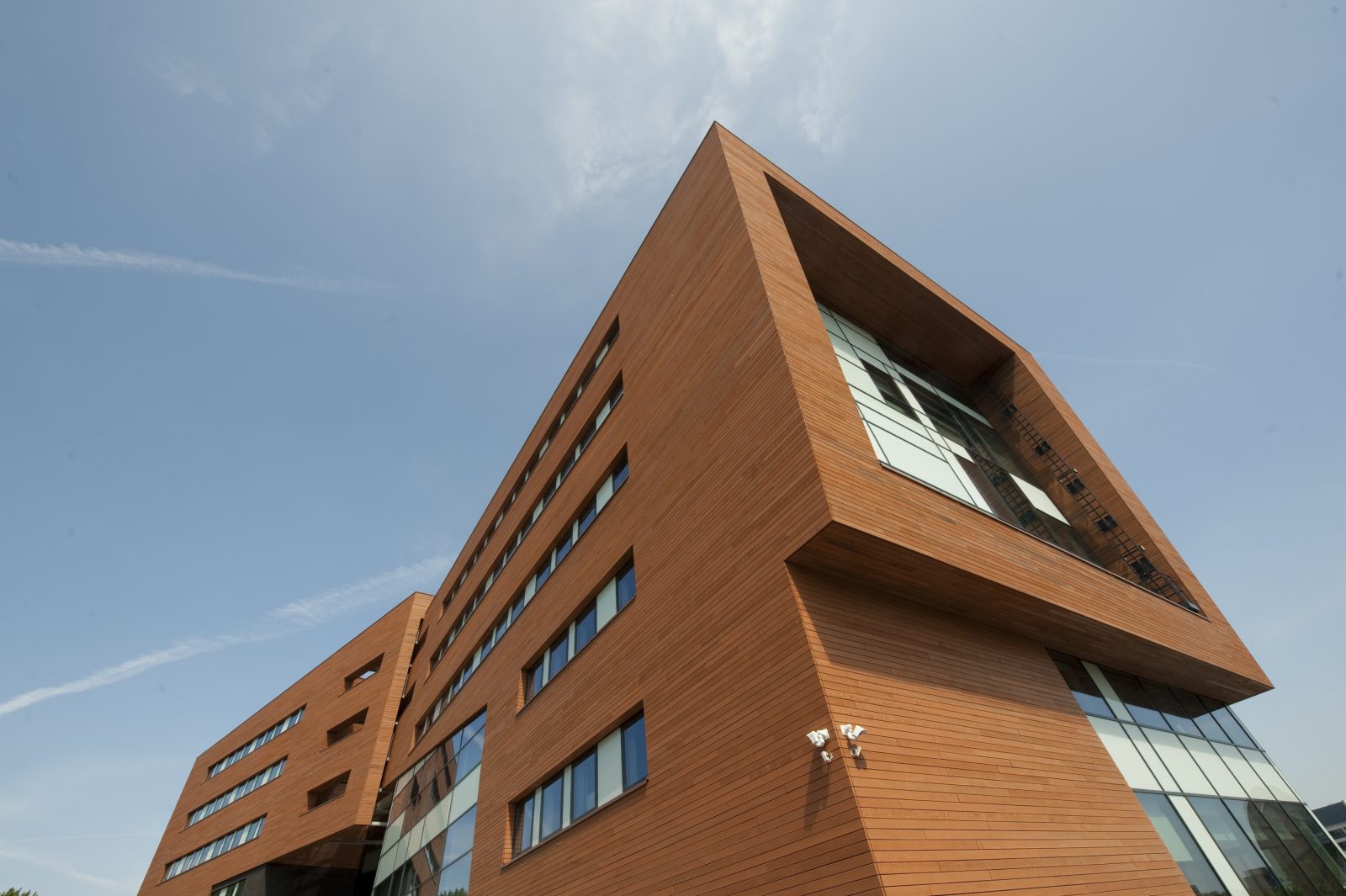 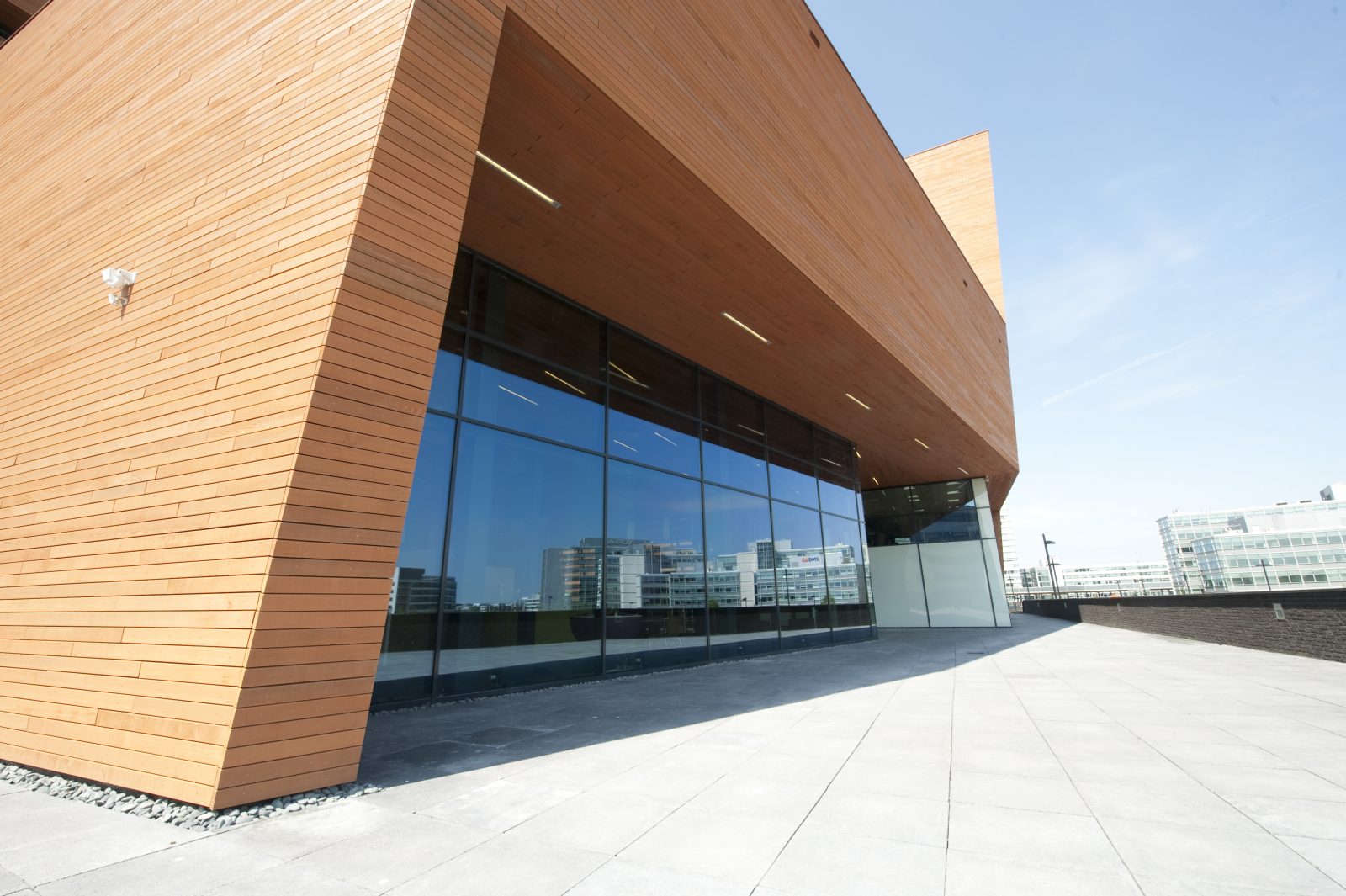 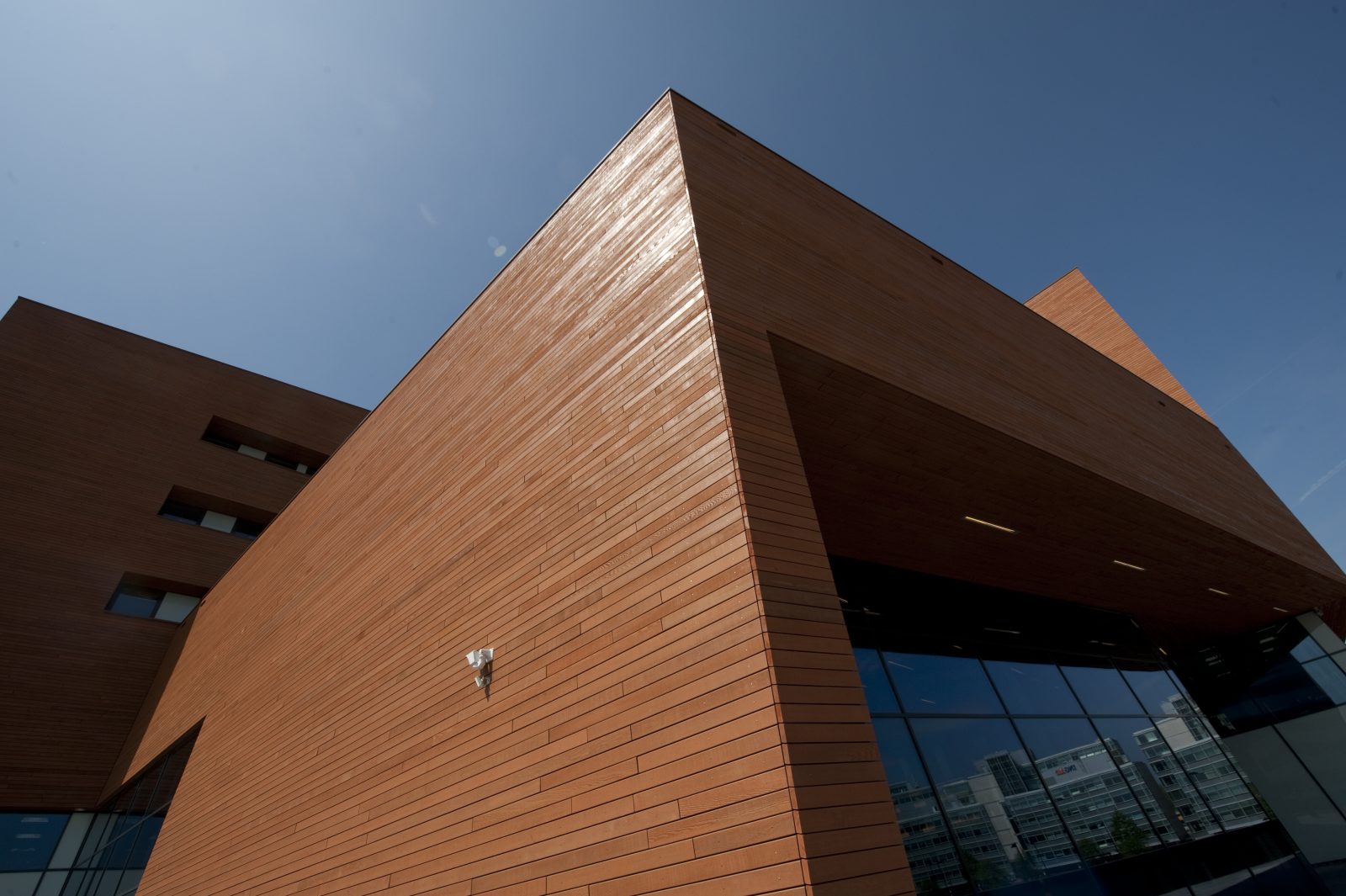 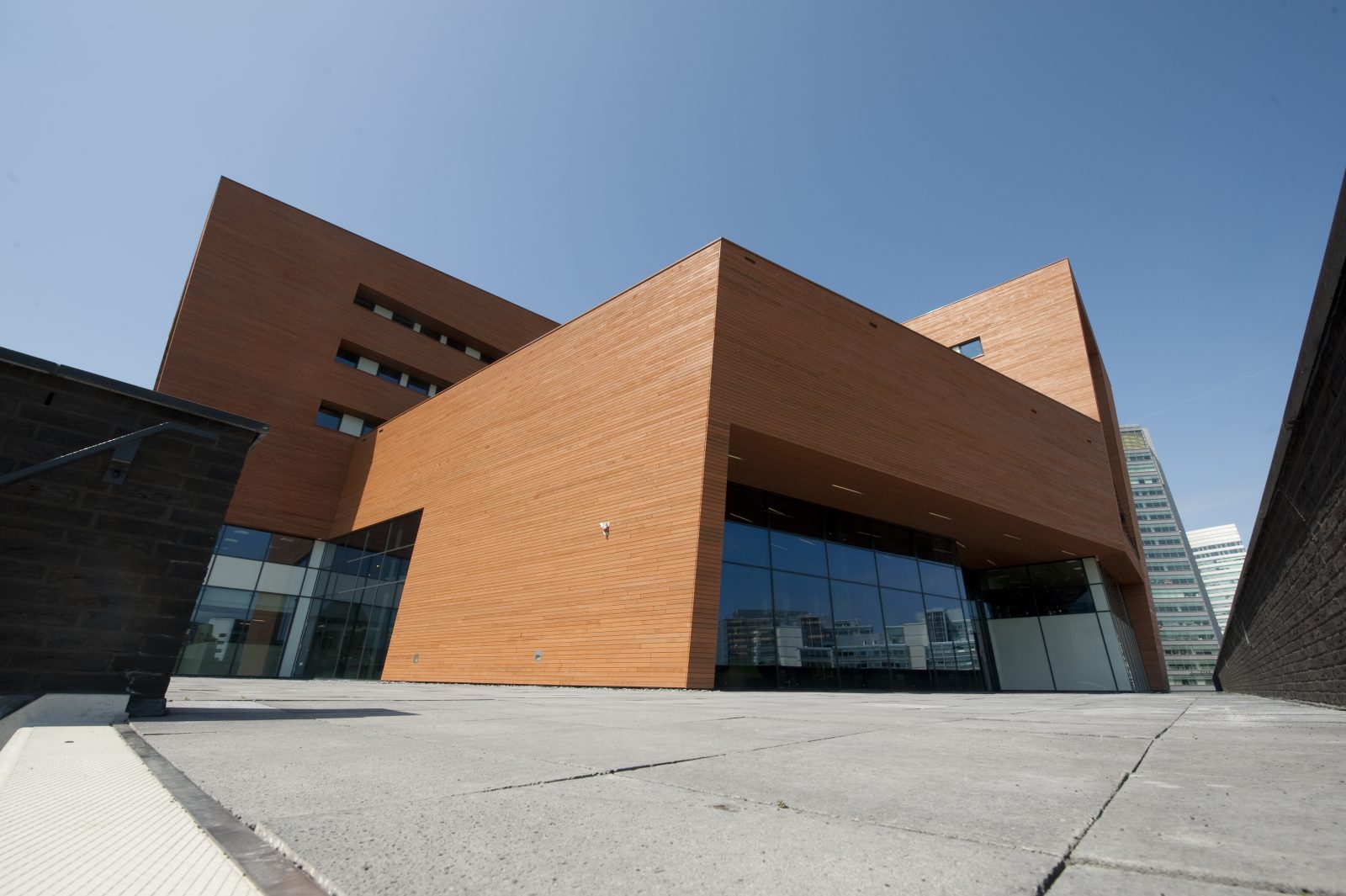 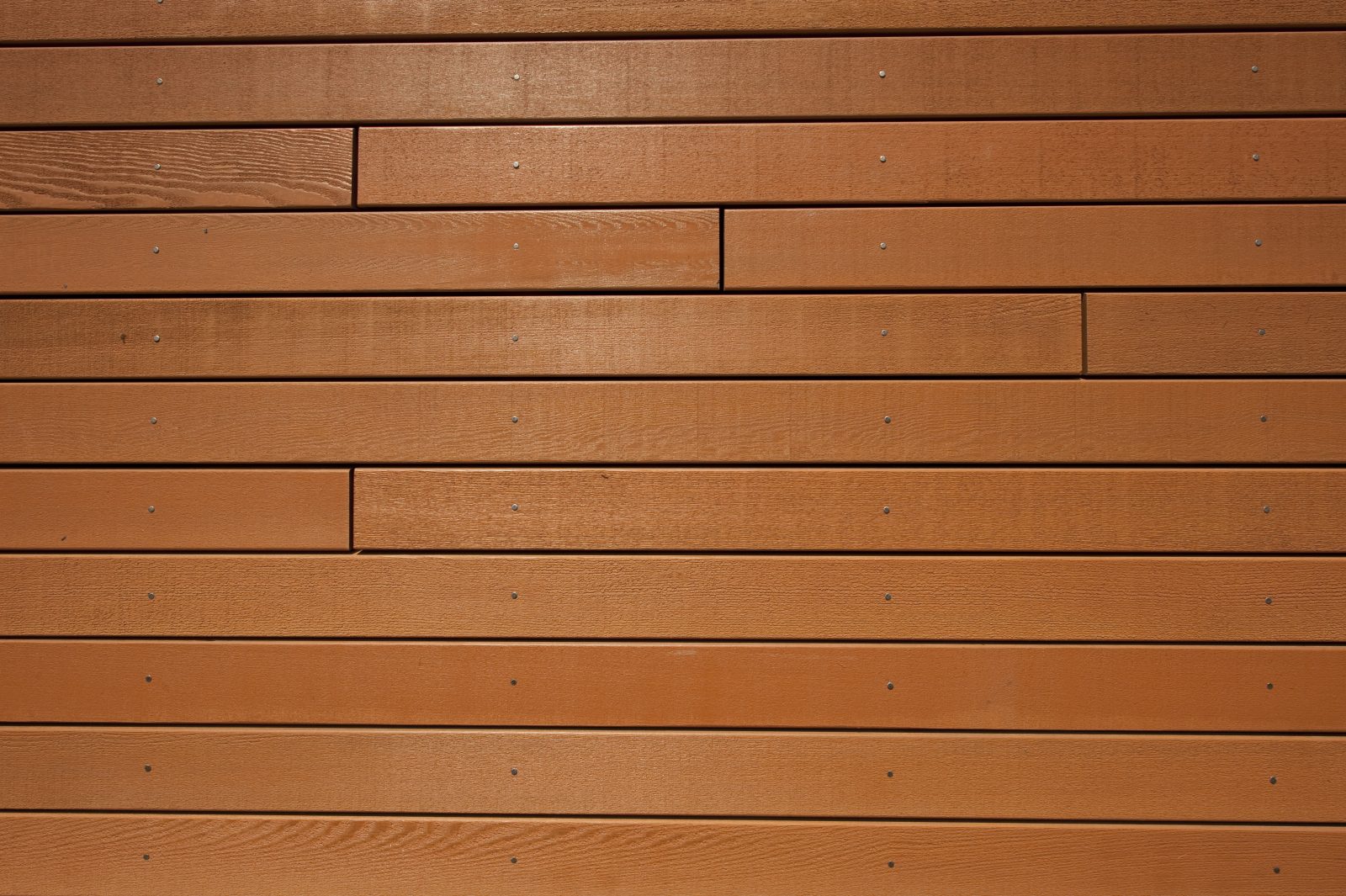